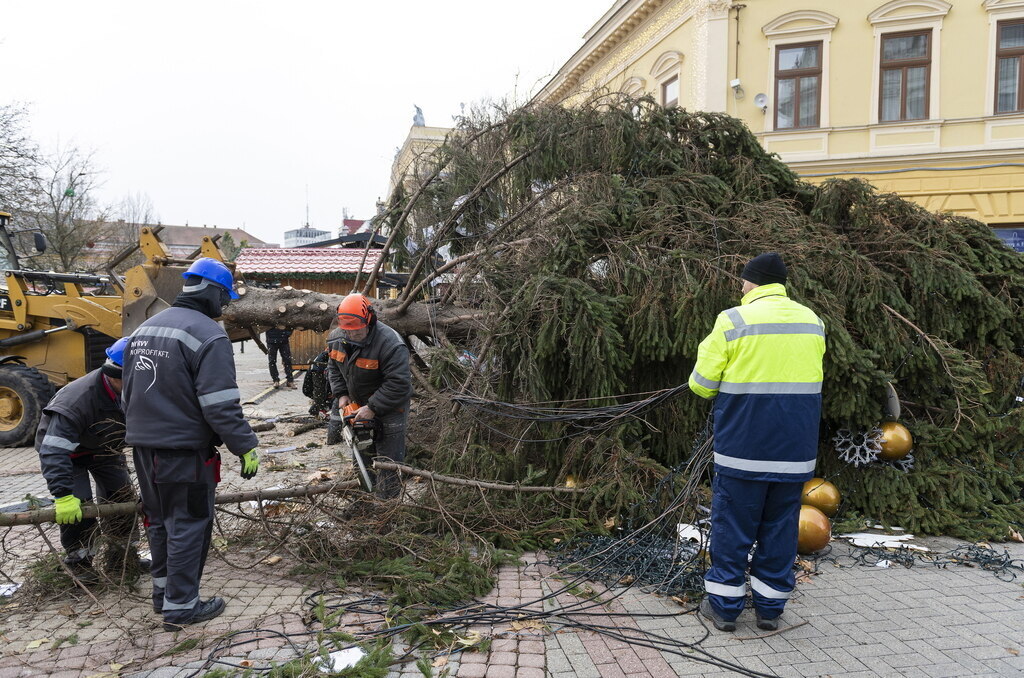 A huge storm hit Hungary over the weekend. It caused traffic congestion and several accidents among other disruptions. Disaster management asks the population to pay special attention. Due to the huge wind, people alerted fire fighters numerous times. The festive Christmas trees have also fallen in several rural towns.

People alerted fire fighters at more than a hundred locations on Sunday morning, writes origo.hu. The National Directorate General for Disaster Management writes that in most cases fire fighters were called for torn branches, fallen trees and wires. Most notifications came from Borsod-Abaúj-Zemplén, Fejér, Somogy, Veszprém and Zala counties.

Alarms have been issued in several parts of the country due to snow and stormy wind.

Disaster Management is asking people to pay attention to the forecasts of the Meteorological Service. Before your departure, take a look at the current weather forecast and road conditions. People alerted fire fighters 250 times by Sunday noon. Not only the strong wind, but also rain and snow make things difficult for disaster protection services and fire fighters.

In Hévíz, the storm damaged the roof of a hotel. While in Érd, the roof structure of a church was damaged by the storm. In Kaposvár, firefighters had to repair the roof of a dormitory. The storm did not spare the roads either. It caused serious traffic disruption and several trees have fallen.

The Veszprém-Balaton 2023 European Capital of Culture program had to be delayed due to the storm. In addition, several minor programs were cancelled. For example, Veszprém cancelled its annual Old Town Square market.

The Christmas tree fell in many settlements.

In Nyíregyháza, the Christmas tree in Kossuth Square was damaged by the windstorm. The Christmas tree in Kaposvár was downed by the storm on Sunday morning. The square was empty, so fortunately there were no injuries, telex.hu writes. The tree already had a little crash 10 days earlier due to the heavy rainfall. However, the tree trunk broke entirely this time because of the windy weather on Sunday morning. The Christmas tree also fell over in Baja during the night. In Nyíregyháza, the lower branches of the tree are reportedly cut down to be later restored. 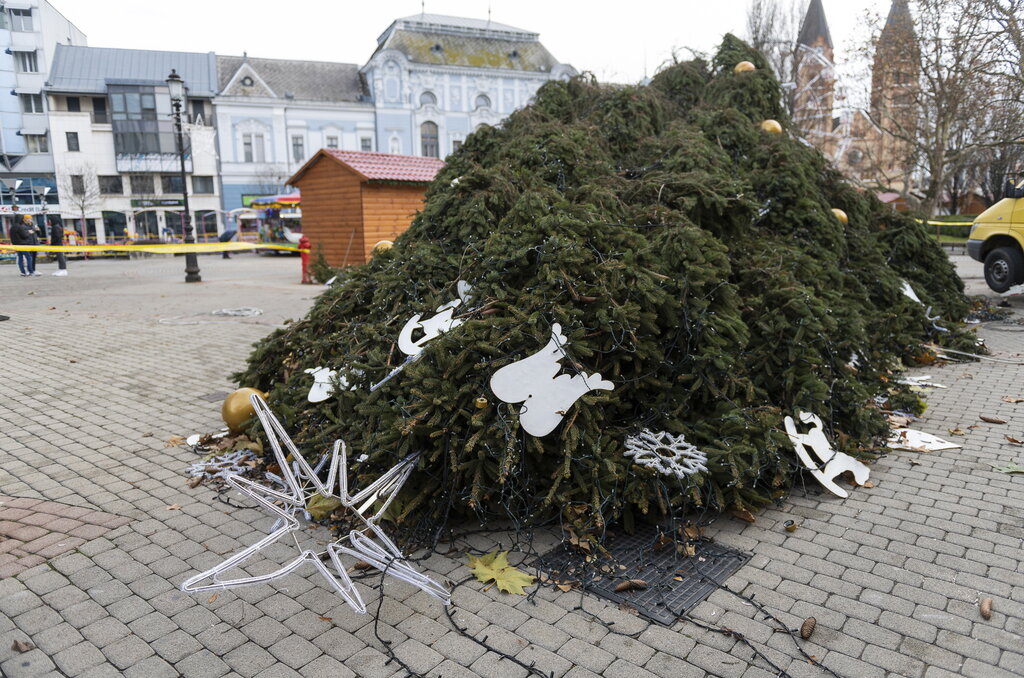