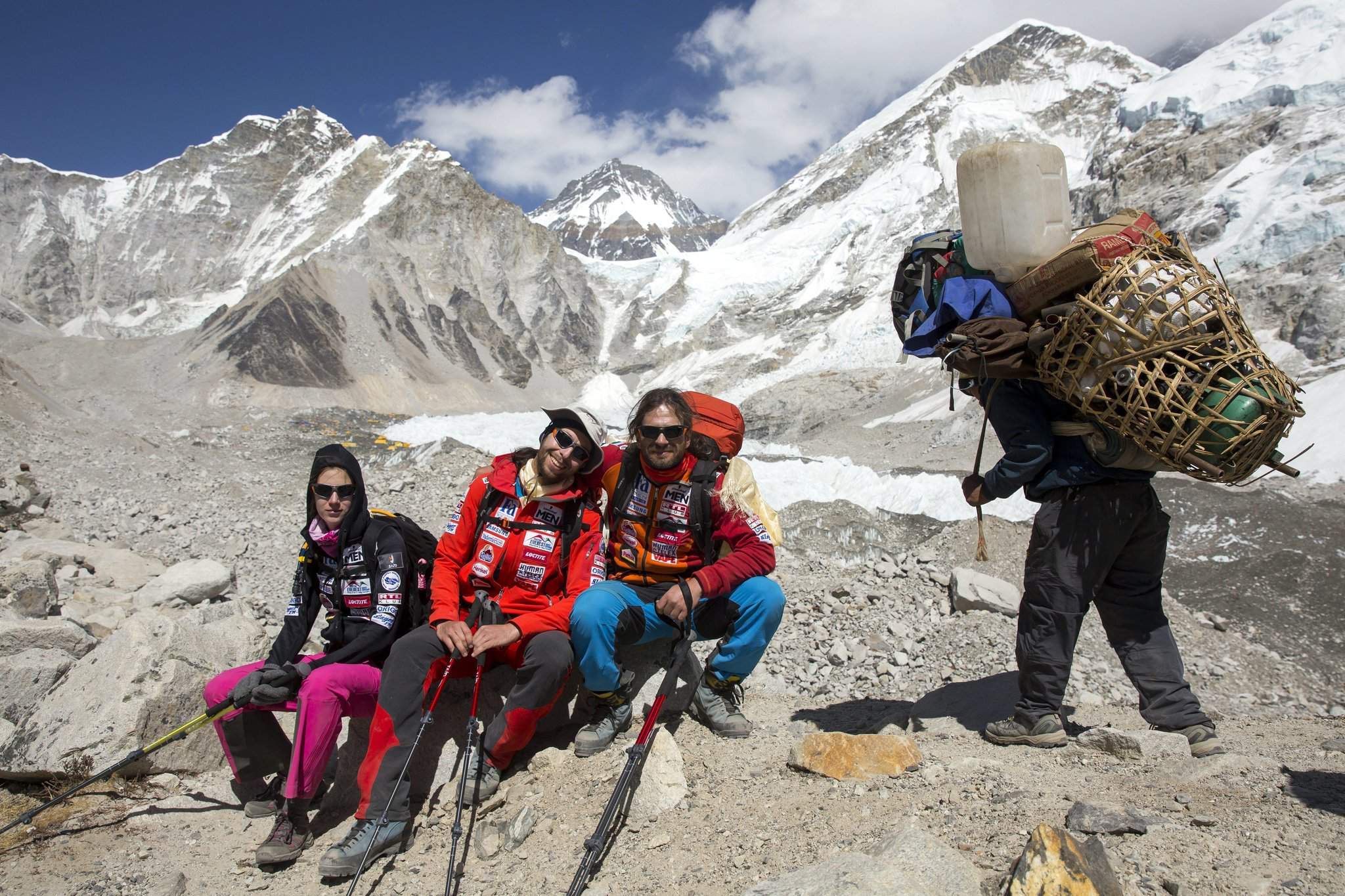 Mountaineers Dávid Klein and Szilárd Suhajda, with Edina Török, the leader of the base camp, in the Everest base camp. April 7, 2017. Photo: MTI

Budapest, May 26 (MTI) – Hungarian climber Dávid Klein has given up his attempt to become the first Hungarian to conquer Mount Everest without supplementary oxygen and has turned back, the expedition’s press chief told MTI on Friday.

Klein’s partner, Szilárd Suhajda, turned back on Wednesday morning after falling ill the night before.

According to the team’s statement, Klein was grounded at 8,000 metres due to extreme and unpredictable weather and was forced to stop at 8,115 metres due to high winds.

Klein and his two sherpas turned back to the nearest base camp to save their lives, from where they started making their way to “lower heights”, the statement said.