Hungarian Defence Force: pilot is likely to have caused Gripen crash in the Czech Republic 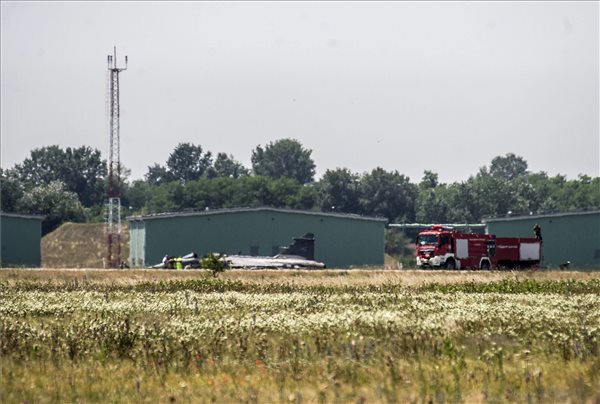 According to index.hu, the Hungarian Defence Force found that it was the Gripen’s pilot who is likely to have caused the crash at Cáslav military air base in the Czech Republic on 19 May.

Related article:
VIDEO OF THE FORCED LANDING OF GRIPEN

Before the investigation started, experts said it was either the pilots’ fault while landing or a technical error. However, the Hungarian Defence Force has found that the cause of the accident could not be a technical error.

According to the investigation, the commander of the fighter pushed the brake and the accelerator simultaneously while trying to land, therefore he could not stop the Gripen in time.

The investigation has been launched because a Hungarian Gripen fighter overran the runway at Cáslav military air base southeast of Prague in the Czech Republic on 19 May. The fighter which stopped a few hundred metres from the edge of the runway on a piece of farmland was severely damaged in the front and also in the rear, but the pilots successfully ejected before the crash and were unharmed. The two pilots involved in the accident are Brigadier General Csaba Ugrik and Major Gergely Gróf.

based on the article of index.hu
translated by Gábor Hajnal