Péter Szijjártó has said in a speech to members of the ruling party’s youth arm, Fidelitas, that they represented constant values, and as such were rebels against the liberal mainstream “which wants to take over Europe and even the entire world”.

During Fidelitas’s 25 years in existence “entire political organisations and parties have come and gone”, the foreign minister said on Saturday. “But just as Fidesz represents political stability, security and predictability, so does Fidelitas as a political youth organisation.”

He called Fidelitas members “patriots” who adhered to Christian values and based their politics on such values, according to a statement issued by his ministry.

Minister: government’s strategy of opening up to the East a “success story”

On the topic of Covid and its economic fallout, he said that in the past year and a half, people’s lives and jobs had had to be saved simultaneously. Even in the toughest times, the government stuck to its values, he said. As a political family, it made the right decisions and dealt with the waves of pandemic successfully, he insisted.

Correspondingly, investments were at a record high, and 270,000 jobs were saved, he said. Also, economic growth topping 6 percent will be achieved this year. 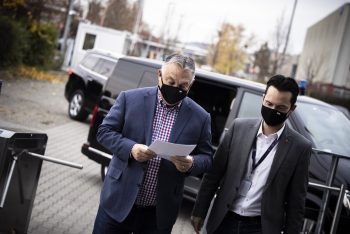