The battle of Hungarian paprika vs cheap Chinese paprika

When doing your weekly shopping, you can often see that imported Chinese paprika is much cheaper than the real, Hungarian products. The sales director of Kalocsai Fűszerpaprika Ltd., Hegedűs Zoltán, was asked how Chinese paprika could be so cheap and how the Hungarian paprika and industry can compete with it.

According to Index, there are several reasons China can sell for such cheap prices. First of all, China is the biggest paprika farmer in the world, growing about 90% of all the paprika. The climate is different, of course, and there are various technologies used. For instance, in China, they let the paprika dry out before gathering it, or they let the sun do the work. As opposed to this, Hungarians use gas or some kind of fuel to dry the paprika out, which is a much more expensive process.

However, it must be noted that drying on the sun comes with a higher risk of pollution and bacteria. In Hungary, paprika is washed first, then dried. This ensures that the paprika is cleaner and of a higher quality, but it also means higher prices. While Chinese paprika that is dried but not yet ground costs EUR 1.70, the Hungarian is about three times this price.

Problems with the workforce

In China, it happens that they work with 100-year-old technologies, and there is cheap labour force readily available. In Hungary, collecting the paprika pays well enough, except when it was a bad year, and there is not enough paprika.

It is also important that the first collection of the season is done by manual workers, as this is the highest quality paprika.

Later on, machines can do most of the work, but it is not worth saving money on hiring workers for that first collection. The paprika we buy at the store is a mixture of the highest and lower quality ground paprika, so if the highest quality paprika is missing, you are only left with a lower quality product.

In Hungary, the labour shortage is also a problem, as many go to the West to work for higher wages.

Dry weather is also a threat, as watering requires a lot of money. In March, the Secretary of State for Agriculture, István Nagy, announced the government’s support of Hungarian paprika with 500 million Forints (1,554,568 EUR). This can be spent on seeds, development, research or even watering.

Hungarian vs Chinese paprika at the stores 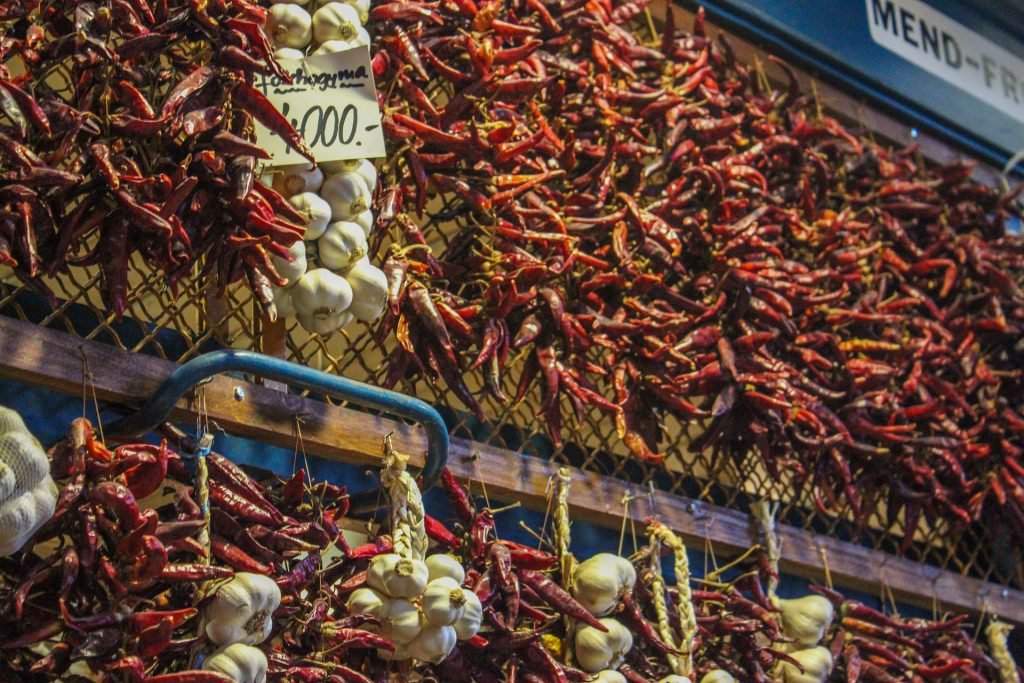 Chinese paprika is available in stores in huge quantities and can be bought very cheaply, while the Hungarian paprika is much more expensive but can count as a rarity, as it is available in stores in smaller quantities only. However, price is an important factor for most shoppers, so it often happens that they buy the cheaper, Chinese paprika, despite the stamp on the other one proving the Hungarian origins.

However, there is still hope for the Hungarian paprika.

Even though the Chinese product is unlikely to disappear from the stores, we can always hope that quality wins over quantity and low prices.

“We hope that the rain arrives this year as well, that paprika can hatch, and we can still ensure that good-quality Hungarian paprika is ready for the stores.”