National Geographic received over 11 thousand submissions to their nature photographer contest, the winners of which were announced on Tuesday. A Hungarian photographer, Bence Máté placed third in the wildlife category with his shot taken at Pusztaszer in Csongrád county.

Two grey herons are pictured here, in the midst of a fight, observed by an osprey.

According to the Hungarian Ornithological and Nature Conservation Society, the grey heron is the most wide-spread heron subspecies in Hungary, as it adapts well even to human presence. They are mostly active near big rivers, while after the hatching, they appear near almost every water surface. One can notice herons even on fields. Thanks to protection and to the reconstruction of water habitats, the herons’ numbers are growing.

Ospreys are the largest species of eagles in Europe. Because of the loss of their natural habitats and because of poisoning and pollution, their numbers have fallen critically in the 1970s. However, the Hungarian population is growing. Since ospreys are sensitive to disturbance and to the state of their surroundings,

their protection is among the top priorities of Hungarian authorities.

In Hungary, pairs are found near the nest all year long, while the youngsters are roaming around, exploring their surroundings. 500-700 ospreys arrive to Hungary from the Baltic in wintertime, and they can be helped by feeding.

According to him, a good nature photograph is technically perfect, novel, cannot be duplicated, and conveys its message truthfully.

When shooting animals, they react to the photographer according to their own will. Enhancing and correction with photoshop only serves the purpose to make the photo look more life-like.

Jayaprakash Joghee Bojan from Singapore is the grand winner, his photo features an orang-utan as he is crossing a river. The photographer spent days taking photos of the animals on the riverbank, this is when he noticed that a male orang-utan has been crossing the river over and over. Such a behaviour is strange for this ape. As you can see, the orang-utan is watching the photographer restlessly, waiting for him to go away. 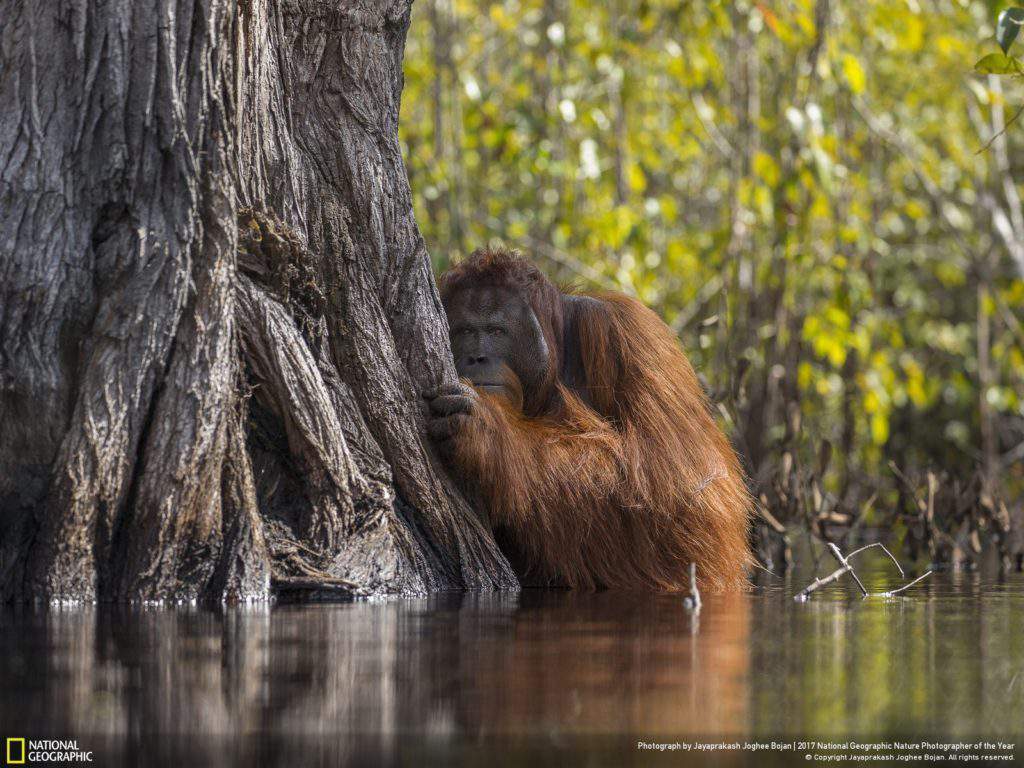 The winning photo will be published in National Geographic’s next issue. You can see the full list here.