Budapest, May 4 (MTI) – Security policy, Visegrad Four cooperation, illegal migration and military links between Hungary and Slovakia were in the focus of talks between defence ministers István Simicskó of Hungary and Peter Gajdos of Slovakia on Thursday.

Simicskó told MTI after the meeting that Hungarian-Slovak relations are at an all-time high and military cooperation was also outstanding. Decisions were made at the meeting on joint exercises and training projects, and the sides expressed their dedication to further strengthening V4 cooperation, he added.

Simicskó said they had identical assessments of global and European security challenges, and they agreed that “migration and terrorism go hand in hand”. They also agreed on the need to defend the borders of the Schengen zone and both supported the idea of managing conflicts in the crisis zones themselves. Simicskó thanked Slovakia for its contribution towards defending Hungary’s southern border.

Gajdos praised Hungary’s participation in the fight against the Islamic State terrorist organisation and added that Slovakia plans to help the international coalition by offering training among other measures.

The Slovak minister said that “the two countries’ transatlantic and pro-European commitment is totally unambiguous”.

Later on Thursday, Foreign Minister Péter Szijjártó also thanked Gajdos for Slovakia’s involvement in Hungarian border defence “when we were under the strongest pressure”.

Both countries support NATO enlargement and UN peacekeeping missions, the foreign ministry said in a statement.

Slovakia will start manning its contingent within the Budapest-based NATO Centre of Excellence for Military Medicine, it said. 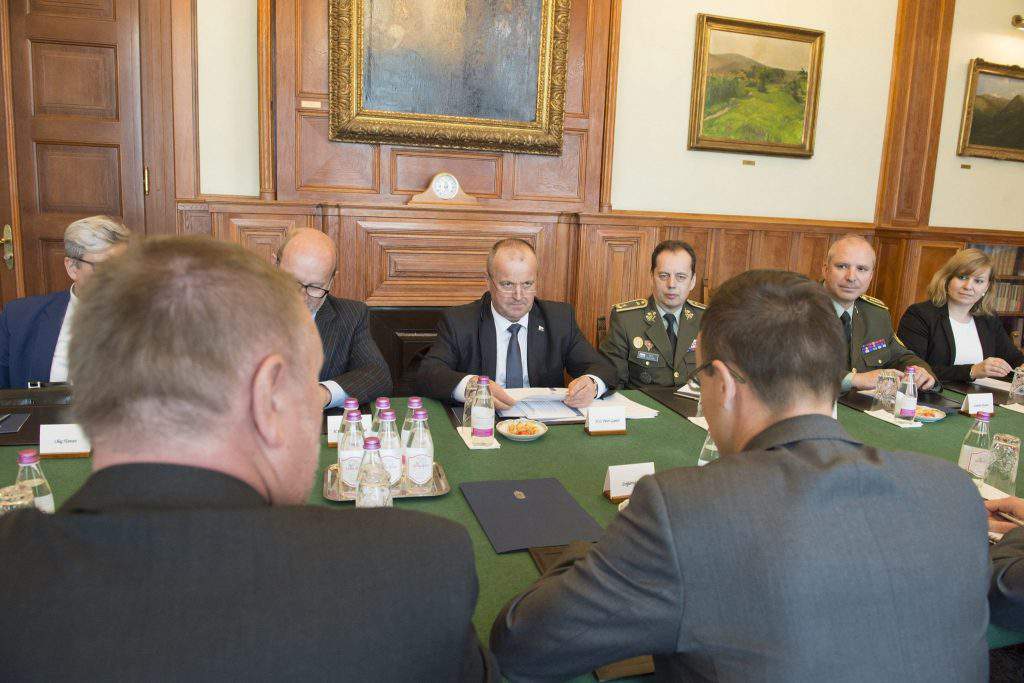 Cooperation between the two countries’ air forces is being expanded. Both countries will deploy 150-strong military training contingents for three-month missions in the Baltic states, the ministry said.

The two countries are cooperating in preparations for establishing a joint military unit of the Visegrad Four and the European Union in the second half of 2019, the ministry said.