This is why Hungarians hated the Chain Bridge for decades 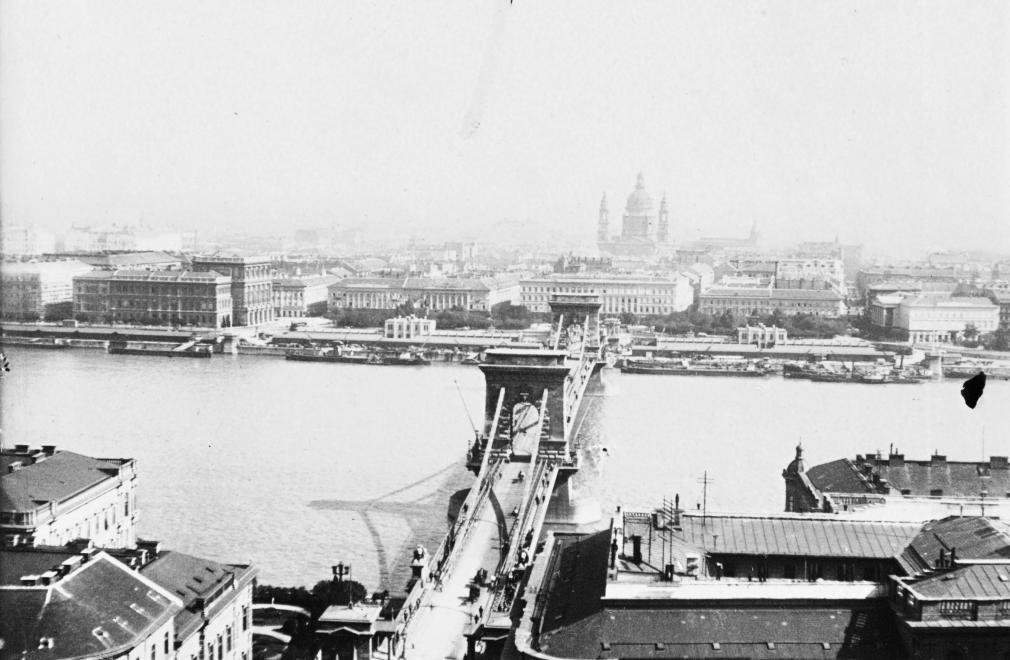 According to pestbuda.hu, everybody knows that it was István Széchenyi who organised the building of the capital city’s first bridge, the Chain Bridge, but there’s a fact that has fallen into oblivion, a fact that prevented the bridge from becoming the symbol of the city union. It is the pontage that had to be paid in the 19th century.

The three cities, lying next to each other, Pest, Buda and Óbuda had been functioning as the capital city of the country, when they were united in 1873. But untroubled development had to face some obstacles for quite a while.

One of these was the different structure of the population and the economy: while in Pest, the dynamically developing city of trade, you could hear more and more Hungarian words since the Hungarian Reform Era, Buda, the stagnating bureau city was mostly dwelled by German speakers. Moreover, the cities were actually divided by the Danube for most of the time, because people could only cross the river on pontoon-bridges and boats. This, of course, wasn’t possible during the winter months (especially if the water didn’t freeze, so people couldn’t step on it).

So the inauguration of the first permanent bridge, the Chain Bridge in 1849 was a true milestone: anybody could cross the river after that. At least those who could pay the pontage. The pedestrians wishing to cross got a special coin at one end of the bridge after paying one kreuzer, which one had to put into a coin-box at the other end. But the sum of the pontage grew with the delivered goods: if you went on foot but carried something with you, the fee was 2 kreuzers, it was 4 kreuzers if you went on a horse, and so on.

Even though pontage was a widely used type of tax throughout history, it started to become more and more unpleasant in Budapest. In the time of Széchenyi, there was a debate about whether or not nobles had to pay, but more and more people raised their voices against the matter with time. Pontage played an important role: it produced great profit for the operator of the bridge, the Chain Bridge Corporation, and for the capital city indirectly. Due to this, all of the credits paid back with great profit by 1870.

However, Budapest dwellers started to think about the pontage as the symbolic obstacle in the way of the city council and development. For instance, on the 18th of January, 1874 (when Margaret Bridge was already under construction), hundreds of civilians wrote a memorandum to the leadership about “the abolishment of the Chain Bridge toll-money”.

“Since brother-capitals are actually united and pontage in one and the same city is just as absurd, as unjust and wrong, thus unmatchable with the dignity and honesty of the capital city: we humbly ask the respected representatives of the capital and the committee to – following the foreign and Austrian pattern – find an expedient method to abolish this hated toll, thus liberating the pedestrian traffic on Chain Bridge (on this main street between the united Buda and Pest) immediately at any price.”

The office didn’t give in

But the request didn’t touch the fathers of the city, which is not a surprise as the pontage produced a lot of income, which helped the further construction of bridges on Danube. Even though the initiators proposed a new type of tax to replace the pontage, the rent kreuzer, which should’ve been paid by every household (and would’ve produced even more income for the city), the office objected the offer. 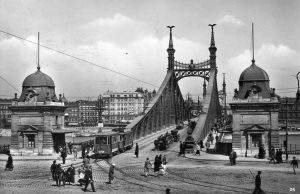 Here you can see how the toll houses looked in front of Liberty Bridge – Photo: www.fortepan.hu

The reason now seems quite short-sighted and cynical: the argument was that, while the rent kreuzer would affect all city dwellers, the pontage only affects those who cross the bridge, out of whom only 30% lives in Budapest. For that matter, the initiation only touched upon the abolishment of the pedestrian fee, which makes the argument of the office even more complicated.

So the city leadership of the time thought that the opportunity of free pedestrian crossing on Chain Bridge wasn’t the interest of all Budapest dwellers, so it wasn’t a public matter.

The matter of pontage might seem trivial, but it was a real problem for several people. One example is the young Béla Bartók, who had troubles with saving enough money to pay the fee, so it’s no surprise that he was among the happiest people when the pontage was abolished (temporarily) in 1903. In one of his letters he wrote with his unique humour that “as soon as I have some time, I’ll cross the Chain Bridge ten times to save 20 kreuzers that I’d have to pay if we weren’t in XX”.

But the joy was only temporary, as the pontage was even extended for a while: people had to pay on all bridges. This was how things went until 1918 – meaning 70 years after the inauguration of Chain bridge – when pontages were finally abolished on all bridges.