Not a lot of people would think but huge blockbuster titles such as The Martian, A Good Day to Die Hard, Tinker Tailor Soldier Spy and Terminator 6 have one thing in common. All of these movies and many more were filmed in sets in Hungary. The Eastern European country became almost like a go-to shooting location for big movie companies. There are many reasons for this; the stunning shooting locations, the well-trained yet cheaper crews, but, probably most importantly, the tax rebates.

On the screen, the sight could easily be Paris, Rome, Berlin or even New York, but it is most certainly Budapest in Hungary. People can see more and more scenes like this, as, along with huge Hollywood companies, many streaming services shoot their series in sets in Hungary. Christopher Livesay said that it is a kind of Hollywood on the Danube. 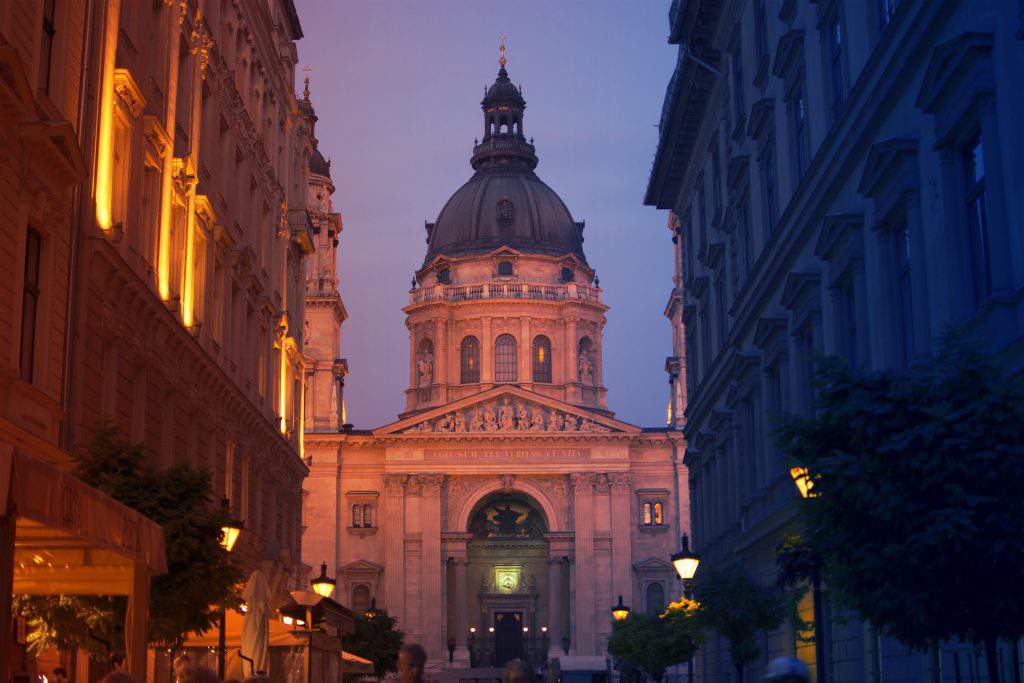 In the movie Inferno, Tom Hanks is kidnapped in Florence, but the scene was shot near Budapest’s famous Opera House. There are other movies like this; the list is impressive: World War Z, Atomic Blonde, 47 Ronin, but the buzz around town is Terminator 6. It was supposed to be a secret, but people spotted Schwarzenegger in Budapest. You can read more about it HERE.

Christopher Livesay interviewed Mihály Köröm, the Head of Production Services for the Origo Film Group, one of the two major studios in Hungary. According to Köröm, the movie industry meant big money and a lot of job opportunities for the country with only 10 million people.

“You will find any location you have ever dreamt of within easy reach in this city. I would say that today, about 25,000 people are likely in some way connected to the movie industry” – said Mihály Köröm.

Christopher Livesay took a tour with Origo’s Marketing Director Mihály Tóth. He showed them what he called state-of-the-art screening and editing facilities.

“How does this computer compare to the kind of technology they are using in Hollywood, for instance?” – asks Livesay.
“It’s actually the same” – answered Tóth.

Origo has nine sound stages. The biggest is Stage 6 which is more than 60 feet high and the size of two football fields. Scenes from Blade Runner 2049 were shot on this Stage.

The main pull for filmmakers is not just the many experienced and professional crews and large sound stages, but, in a business where blockbuster films can cost hundreds of millions of dollars to make, there’s another incentive.

“Rebate! That’s the most important. You can have so many stages. If you have no rebate, there are no clients” – says Mihály Köröm.

Recently, the government raised the tax rebate to up to 30%. Nevertheless, the lack of trade unions means that film production companies can pay lower wages and save some money this way as well. According to Köröm, while other countries have tax rebates, like Serbia, Hungary has the edge because the infrastructure of studios and outside locations are already established, and the immense amount of experience Hungarian crews have about the industry.

“The range of projects that can be done here is pretty incredible … there’s nothing we can’t do.” – says Adam Goodman.

Goodman is the co-founder of the Budapest-based Mid Atlantic Films company which helped arrange that The Alienist‘s turn-of-the-century New York set be built here.

Christopher Livesay also interviewed Nick Wittman, an American actor, for whom Budapest has proved to be the perfect place.

“I was actually only going to be here for three days, and that was 10 years ago” – Nick recounted.

Although he plays small parts, he receives star treatment: he would get a chauffeur to drive him to the set, and he would get a trailer and an assistant. He admitted that, although he does not make a lot of money, he has a high quality of life he would not have in the U.S.

You can check out the original video with a full transcript HERE.

Not only foreign companies achieve great success with their movies made in Hungary, but Hungarians themselves can have international success. Check out our article about Milorad’s new, Oscar-nominated movie.