Hungary on track to become an offshore paradise?

When talking about countries as centres of offshore speculations, it is probably not Hungary that comes to one’s mind first. However, the relevant tax modifications of the Orbán-administration seem to create a beneficial financial and economic environment for such schemes. That is the reason why Hungary received criticism for helping international companies avoid and minimalise their tax. Since Hungary does not have a bad reputation in that issue, more and more companies choose her to run their business on paper here.

According to telex.hu, Hungary was put on the map of “international tax planning” by the government’s tax modifications introduced in 2010. Experts say that the low corporate tax and the lack of several types of business taxes that companies must pay in other European states are enough to make Hungary a perfect target country for tax optimisation. Furthermore, if a company registered in the Seychelles-islands founds a subsidiary in Hungary and runs its operation through the latter,

offshore structures can get an onshore appearance.

Direkt 36, a partner of telex.hu, took part in the processing of the so-called Pandora documents. They found that Hungary established a reputation in the offshore sector in the last few years. The project was led by the International Consortium of Investigative Journalists, which got hold of the internal documents of 14 companies creating and running offshore subsidiaries.

In the papers, Hungary pops up multiple times as one of the offshore countries and is mentioned as an alternative to Cyprus or Malta.

Furthermore, Hungary’s reputation is not damaged in this respect, so nobody would be suspicious about the background of a company registered here, which does not apply to some well-known offshore paradises like Seychelles.

Hungarian government to give families even EUR 322,000 to build greener homes!

Financial experts say, on the contrary, the even though the taxation environment became better in Hungary in the last decade, they would not put the country into the offshore-wanna-be category yet. Even though corporate taxes are low, the owners cannot hide, like they do in the offshore paradises.

Furthermore, they need to have an office, the companies have to open their archives for the taxation authority, and it is handy for them to employ a leader spending much time in Hungary.

In the papers, some Hungarian lawyers recommend homeless people for that purpose. But that can cause serious problems later, they acknowledge.

Moreover, in Hungary, it is very beneficial for multinational companies that there is no withholding tax. Thus, they can transfer their profit abroad without any reduction. Hungary has more than 80 bilateral agreements to eliminate double taxation. The government decreased corporate tax significantly in the last few years. Thanks to that, currently, Hungary has the lowest corporate tax rates in the EU.

Although Hungarian authorities try to filter out companies with offshore backgrounds, business people from India and Pakistan are very interested in the different “smart” tax constructions. 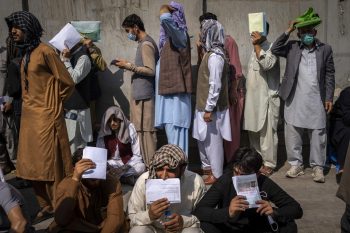