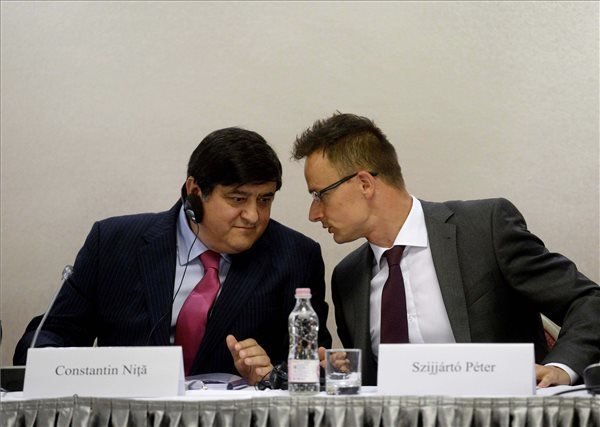 Budapest, July 14 (MTI) – Hungary and Romania are strategic partners and look to boost two-way trade, state secretary for foreign trade and investment, Peter Szijjarto, said at a forum on Monday.

Romania is Hungary’s second biggest export market after Germany with 6 percent of exports targeting the country, he told the Hungarian-Romanian business forum organised by the Hungarian Chamber of Commerce and Industry.

Constantin Nita, the Romanian economy minister, said bilateral trade between their countries could be raised to about 10 billion euros per annum. Hungary is the third most important partner for Romania, he said.

Szijjarto noted that trade turnover went up by 7 percent in the first quarter this year. Hungarian exports rose by 2 percent and imports by 21 percent and Hungary’s trade surplus is still significant, he said.

Hungary has an open economy and exports are worth 83 percent of gross domestic product (GDP). Three-quarters of Hungarian exports are generated by 850 large corporations, he added.

Romania is a key country in terms of the goal of increasing the impact of small and medium-sized companies (SME) in foreign trade, as the small businesses are better able to achieve results in neighbouring countries. Construction, food industry machinery, environment and energy are areas where Hungarian SMEs can succeed on the Romanian market.

Hungarian and Romanian eximbanks are forging closer ties to promote cross-border trade with the aid of EU funding over the next seven-year financial period, Szijjarto said. Nita agreed that cross-border programmes should be strengthened, and that energy networks should be linked up.