“The budget ensured, to the full extent, the resources necessary to restart the economy and the defence against the pandemic,” the ministry said.

“In the interest of restarting the economy, the government continued its economic policy based of tax reductions, job creation and the strengthening of families in 2021.

As a result, the economy may have grown by 6.4 percent, while the number of employed rose to 4.7 million and the jobless rate fell under 4 percent. Additionally, resources used for family subsidies and for the defence of pensioners increased further,” the statement said.

The deficit climbed by 1,170.2 billion forints from the previous month.

The central budget deficit reached 4,662.3 billion forints at the end of December, the social insurance funds were 419.4 billion forints in the red and separate state funds also showed a gap of 19.8 billion. 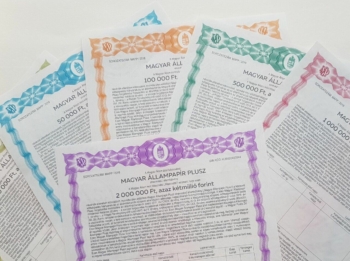