Hungary’s got it! – 2027: FINA World Championship again in Budapest! 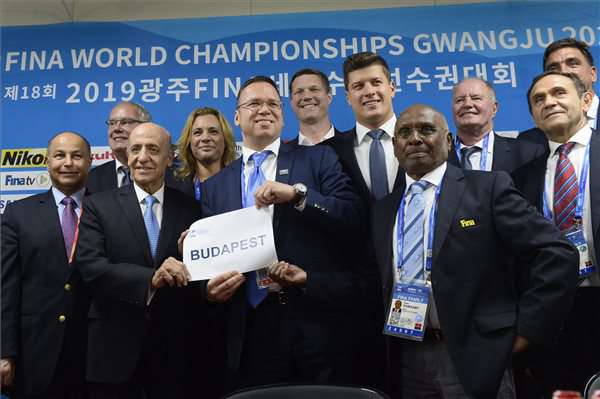 After 2017, Budapest will once again host one of the most important sporting event in the world, FINA World Championship in 2027 – announced by Gergely Csurka, reporter of Nemzeti Sport. The decision was later confirmed by Fédération Internationale de Natation (FINA) and the Hungarian Swimming Association.

The conclusive presentation – before the final vote – was held in English by:

As nemzetisport.hu describes, co-presidency of the tender committee was represented by:

Regarding the decision, Julio Cesar Maglione, President of FINA pointed out that two years ago the Hungarian capital organised the best World Cup ever, and no doubt that this opportunity will be provided again to Budapest. 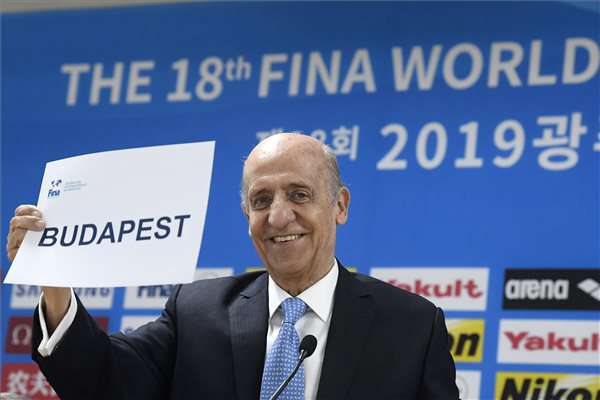 According to Balázs Fürjes, FINA’s decision is based on trust. One of the world’s most prestigious international sports organisation trusts Hungarians trusts Budapest and holds Hungary in high esteem.

This is a shared success of Hungarian champions, Hungarian sports and Budapest – described in the announcement.

Within the framework of the tender, our opponents were such countries as China, the United States, Australia, Serbia and Ukraine; however, Greensboro of the US cancelled its application.

“Thousands of visitors attend the World Cup from abroad, a great mass of high spending guests arrive at the capital during this period. Additionally, several hundred million people in the world see Budapest’s most beautiful face on television, in newspapers, online platforms, which serves as an inestimable marketing tool. As a result, Budapest will gain more reputation, it will be more popular and frequently visited. We can cheer together again for Hungarian victory, which enhances our nation’s self-esteem and strengthens the feeling of togetherness “- said Balázs Fürjes.

Alexandra Szalay-Bobrovniczky, Budapest Mayor’s Deputy considers it a great honour that – after the successful 2017 World Cup – Budapest will give place again for the world’s most prestigious sporting event. She also emphasised that still then, several people visit the embellished Margaret Island; thousands of sportsmen, families, and children use every day the renovated Császár-Komjádi swimming pool, Hajós Alfréd National Swimming Pool, and the world’s best Olympic-size swimming pool, Danube Arena. 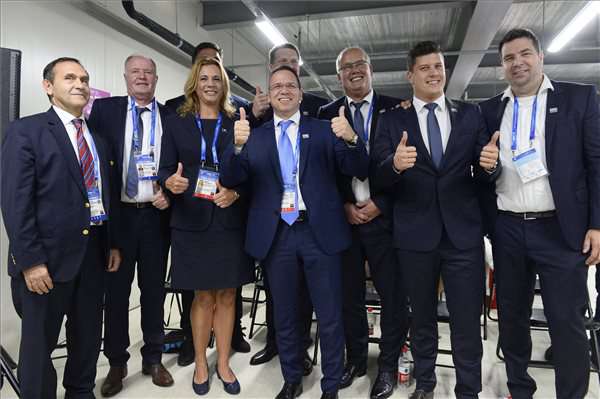 According to Sándor Wladár – President of the Hungarian Swimming Federation – Hungarian swimming sport will be significantly boosted by the new event organisation.

“Our contestants return with medals from all over the world, but the support of the audience, relatives, and friends serves as a huge extra motivation. Several youngsters jump into the swimming pool, hoping that someday they will experience it as a World Cup athlete “- written in the announcement.

In 2021, the World Cup will be held at Fukuoka – it is the second time that the Japanese city will host the event after 2001 -; while in 2023 it will be organised in Doha. The 2025 World Cup will also “return” to a former host place, the Russian Kazan.