Coronavirus vaccine in Hungary healthcare system Hungarian government Hungary
From February 15th, Hungarians will only be eligible for a vaccination certificate if they have received the third, booster jab or took the second dose not longer than 6 months ago, the prime minister’s chief of staff said on Thursday.
For those under 18 years of age, 2 jabs will suffice to obtain a certificate, previously called an immunity certificate, Gergely Gulyás told a regular press conference. “The significance of having recovered from the coronavirus will change after the Omicron variant,” Gulyás said. “It’s the vaccine that ensures protection, rather than having recovered from the disease.”

Taking the booster jab, available for adults from four months after the second dose, will be required for a valid vaccination certificate,

he said.
Last year’s economic growth in Hungary could be as high as 6.5-7 percent, an “unprecedented economic achievement since 1989”, the prime minister’s chief of staff said on Thursday.
Gergely Gulyás told a regular press briefing that last year’s economic figures were “encouraging”, with indicators in November and December better than expected despite “a number of hardships” 2021 had brought. He said the automotive sector could have performed better if not for the global chip shortage.

Concerning a Wednesday announcement of a rollback of food prices, he said the move would make life easier for those struggling to make ends meet. 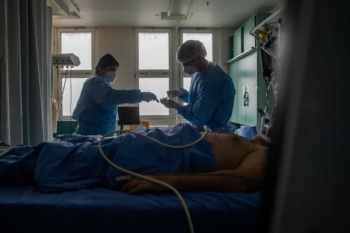