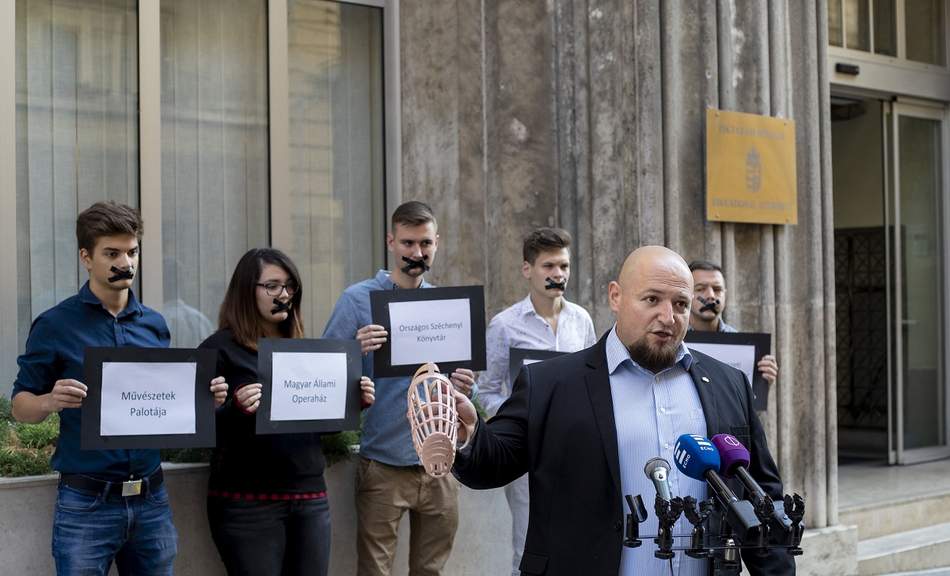 The conservative opposition Jobbik on Friday called on the government to withdraw a reported “muzzle order” which bans all state-run cultural institutions from holding press conferences or giving press interviews without prior approval by the Ministry of Human Resources.

Jobbik lawmaker Balázs Ander told a press conference at the ministry building in charge of cultural affairs, where he was accompanied by activists whose mouths were taped over. He cited Prime Minister Viktor Orbán telling the European Parliament ten days ago that the Hungarian government would never resort to silencing its opponents.

Those in government behave like “slave-owners” and “in some cases they wear more value on their wrists than the entire wealth of an average Hungarian family,” Ander said.