A goal in each half from veteran centre-back Dordje Kamber gave Budapest Honvéd a 2-1 victory over Mezőkövesd, for whom László Pekár had struck a superb first-half equaliser, and thereby secured an eighth Hungarian Cup success in the club’s 111-year history.

In the first Hungarian Cup final to feature social distancing in the tribunes in the wake of the recent coronvavirus pandemic, Mezőkövesd settled quicker and threatened to open the scoring twice in the first ten minutes, Aliaksandr Karnitski heading Dino Besirovic’s right-wing corner a metre or so over the Honvéd crossbar in the fourth minute before Zsombor Berecz volleyed captain Tamás Cseri’s lofted, diagonal pass just centrimetres wide of the far left post from a tight angle six minutes later.

Honvéd seemed content to soak up pressure and didn’t construct any thing of note until shortly after the mid-half water break, talisman David Lanzafame seeing a fierce 18-metre drive blocked immediately before Patrik Hidi’s cute chip from the left of the penalty area drifted agonisingly onto the roof of Péter Szappanos’ net.

Just after the half-hour mark, Honvéd right-back Patrik Ikenne-King surged into the penalty area and unleashed a shot which was deflected behind for a corner. Roland Ugrai’s long delivery from the right was flicked on by a Mezökövesd head and brought down by Dordje Kamber on his chest, the 36-year old then striking a firm shot towards the far right side of the Mezőkövesd goal, which opposing defender Andrii Nesterov deflected away from goalkeeper Szappanos and into the other corner of the net under pressure from Ivan Lovric.

There’s no doubt that Honvéd had worked hard for their slightly unexpected advantage but it was wiped out four minutes later though when László Pekár connected perfectly with a 26-metre free-kick, his powerful, dipping shot being pushed into the right side of the net by an initially static Tomas Tujvel in the Honvéd goal.

There was to be no change in the scoreline before the half-time break but István Pisont’s team in the red and black stripes emerged for the second half clearly determined to re-establish their lead. They dominated the early exchanges and did indeed edge in front again in the 56th minute – incredibly through Kamber again as the burly centre-back ghosted in towards the back post to head in Ugrai’s left-wing free-kick.

Mezőkövesd, coached by four-time Hungarian Cup winner as a player, Attila Kuttor, had been a pale shadow of the team that had helda place in the top 3 of Hungary’s OTP Bank Liga for most of the season and they barely created any goalscoring opportunities until Budu Zivzivadze headed Besirovic’s right-wing corner over Tujvel’s crossbar in the 80th minute from eleven metres out. Kuttor tried to reinvigorate his side with a raft of substitutions but nothing worked.

Indeed, Honvéd substitute Mayron George nearly made it 3-1 on two occasions in added time, firstly when he dispossessed Szappanos forty metres from an unprotected goal but the Costa Rican’s low, long-range shot while under heavy pressure from the desperate Mezőkövesd keeper dribbled a few metres wide, and secondly when he was sent in on goal but his shot – the last touch of the whole match – rolled just wide of the far right post.

Referee Bognár then blew the final whistle to confirm that Budapest Honvéd had secured their eighth Hungarian Cup triumph, to the delight of their vociferous support behind on of the goals and a good number of fans dotted all around the lower and middle tiers of the huge stadium. 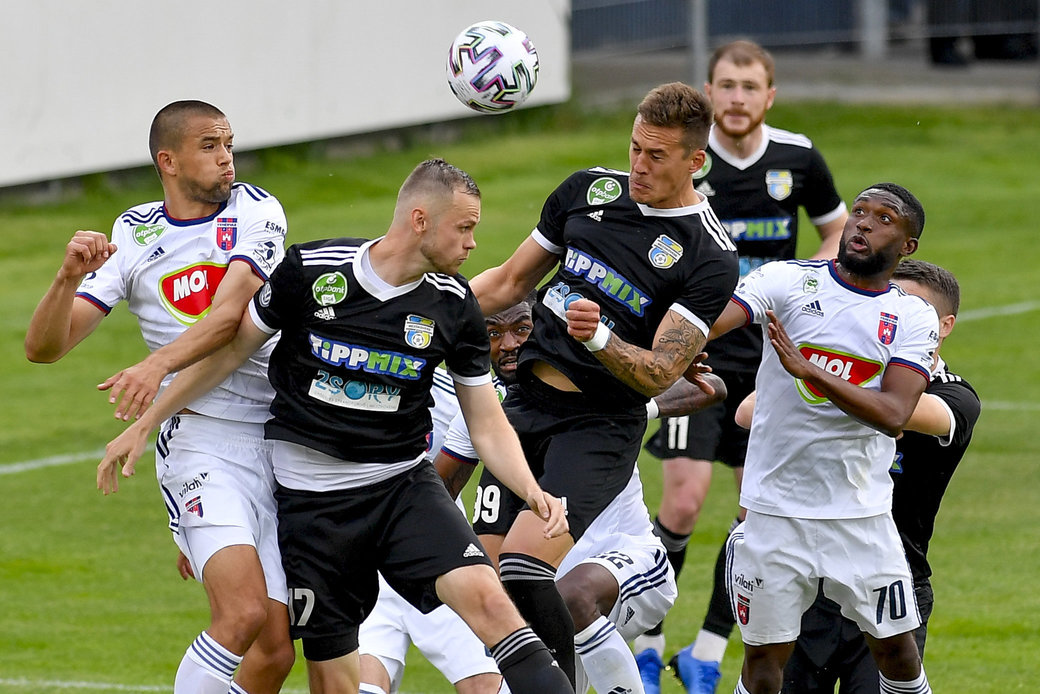