Budapest coronavirus Coronavirus in Hungary health hospital Hungarian healthcare system Hungary statistics
The rate of natural decline in the population decreased by 34 percent in October, with the number of births increasing by 3.1 percent and deaths decreasing by 10 percent compared with the previous year, the Central Statistical Office (KSH) said on Thursday.
In October, 8,289 children were born, 248 more than in the same month in the previous year, while 11,252 people died, 1,252 fewer than during the same month in 2020.

The rise in deaths and the drop in the birth rate means that the rate of natural population decline was up by 52 percent compared with the same period last year, KSH said.
The number of marriages fell, with 5,293 couples tying the knot, 19 percent less than during the same period in 2020, it said. 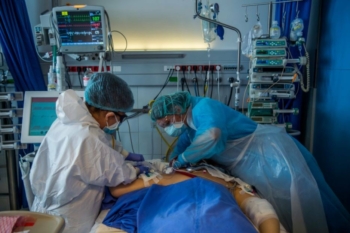 Read also The number of infected reached a new record in Hungary!