László Heltai, LMP’s local representative, told MTI that the whole project, aimed at building a complex of museums in the popular park, was illegal, and insisted that local residents had not been consulted.

Heltai said that plans for the earthworks had not been presented, nor was it clear how many trees would be cut down to give room for an underground car park next to the Museum of Transport, on the northeastern border of the park.

Earlier in the day, the protesters of Ligetvédők (City Park Protectors) pulled down a cordon around the construction site and sat on the ground. Police detained several protesters including János Barta, another municipal representative, Heltai said.

Some protesters climbed onto the museum building and chained themselves to the rails of upstairs windows. 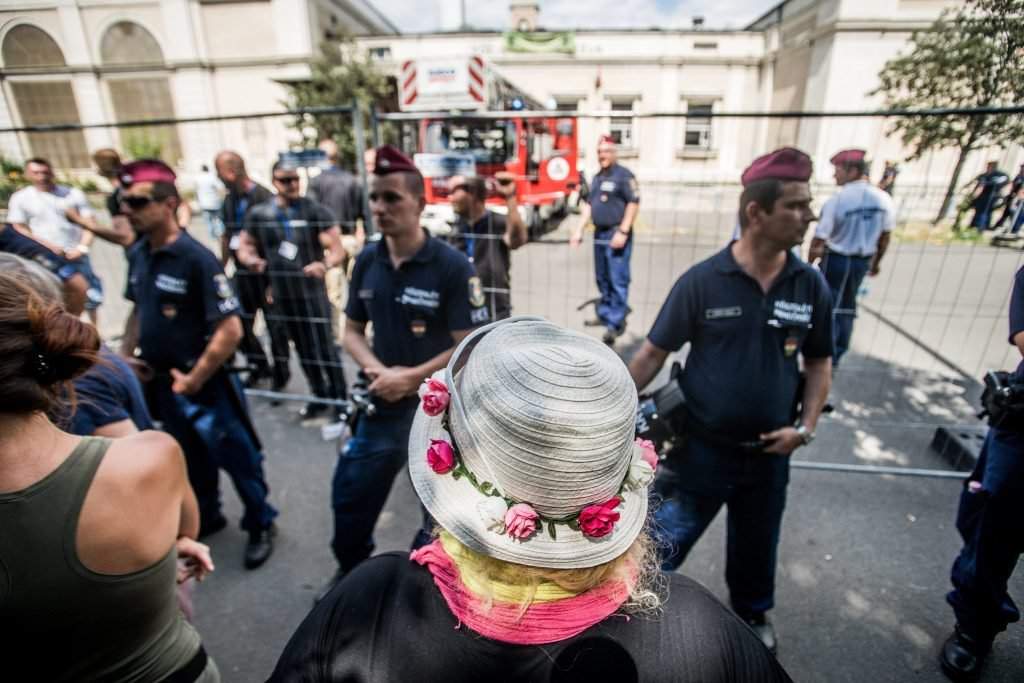 Meanwhile, the Democratic Coalition (DK) party held a press conference, at which Eszter Sebestyén, an activist of the Ligetvedok group, reported injuries which she suffered during violent treatment by security guards and police during a protest on Sunday.

DK spokesman Zsolt Gréczy demanded that the interior minister should launch an investigation concerning the “violent thugs” and police “siding with them”.

In a statement, Budapest police BRFK said that Sebestyén was being detained “under suspicion of criminal activities” but she resisted. “The necessary amount of coercion was applied,” the statement said.