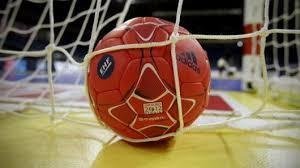 Lajos Mocsai’s team will play against Russai, Ukraine and Portugal in the qualification group for the European Championship in 2016, according to nso.hu.

The draw was held in Warsaw. The teams were divided into seven groups, each with four member. The first two from each group will be qualified for the tournament along with the best third placed. The hosting Polish team will automatically partake. As the Hungarian team was in the first pot, there was no real chance to get in the same group with a star team.

The strongest opponent, Russia, came from the second pot. The Russians finished the Danish European Championship this year as 9th, just behind Hungary. They finished the first round third placed behind Poland and France; while in the main round, Sweden and Croatia beat them, but they won against Belorussia.

The qualification will start in this year’s October.

The tournament itself will take place in four cities: Krakow, Wroclav, Gdansk, Katowice.

based on the article of sportgeza.hu
by Oliver Tamasi