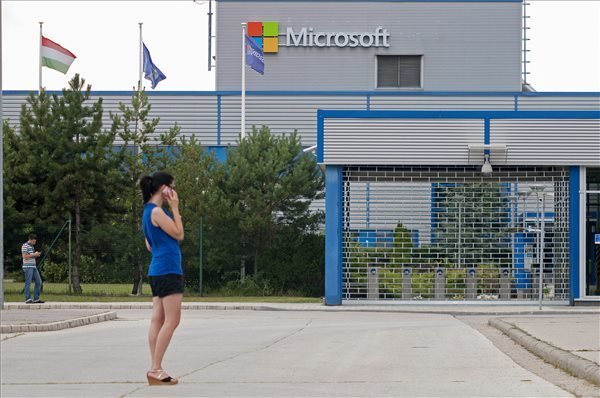 Budapest, July 17 (MTI) – Microsoft will shut down the Nokia plant in Komarom (NW Hungary), which employs about 1,800 people, the company told MTI.

Microsoft, which recently acquired Nokia’s handset business, announced on Thursday that it plans to cut 18,000 jobs over the next year.

Zoltan Laszlo, a union official in Komarom, told MTI that the management of the Nokia unit there had announced in the afternoon that the plant would be closed by November. Talks on severance packages with workers will start on July 28, he added.

State secretary of foreign affairs and trade Peter Szijjarto said the foreign ministry and the economy ministry had prepared a five-step action plan in response to Microsoft-Nokia’s global layoff decisions. He added that he had instructed heads of the Hungarian investment agency to speed up talks, already in an advanced stage, with three international companies that plan to invest and create jobs in Komarom.

Additionally, the government will tighten cooperation with Microsoft with a view to increasingly make Hungary a research and development centre for the company. Under an agreement already signed, Nokia’s R+D centre will accelerate the process of filling 150 engineer positions, Szijjarto said.

The labour office has set up a customer service desk in Komarom, a job fair will be organised and targeted support will be offered to companies that employ people laid off by Nokia, he added.

Szijjarto also said a re-training programme would be launched to help people find jobs in other fields of work.

In 2012, Nokia laid off 2,300 of about 4,400 people at the base in Komarom. The company said at the time that it planned to transfer the production from there to Asia.