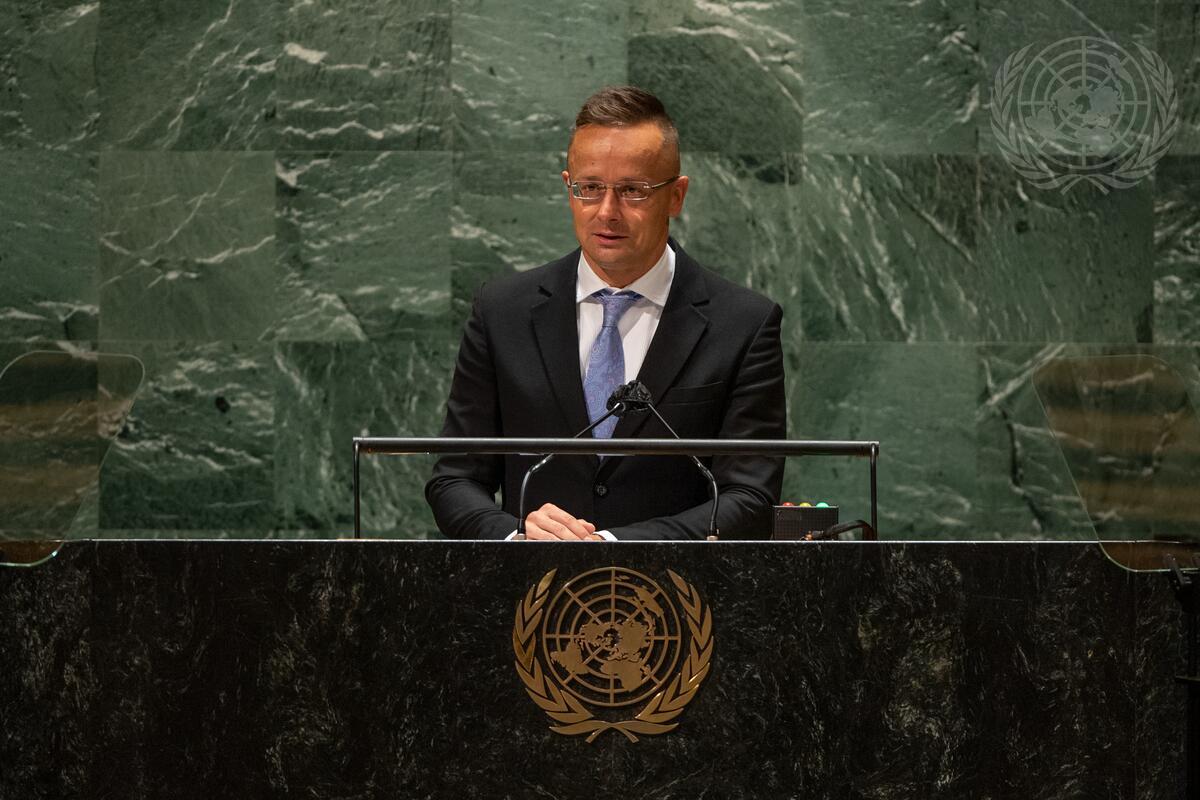 Vaccines are the only solution to fighting the coronavirus pandemic “because only vaccination can protect us”, Foreign Minister Péter Szijjártó said in his address at general debate during the 76th session of the United Nations General Assembly in New York on Thursday local time.
Szijjártó told the assembly that the pandemic was an attack on the entire globe, an attack on all nations and citizens, the ministry said in a statement released early on Friday. “And since the attack is global, defence has to be global as well,” he added.  “This means that we have to enable ourselves to be able to give vaccine to everybody and this is a matter of capacity,” Szijjártó said.

The international community must be able to give vaccine to everybody in the world and this requires vaccine to be manufactured in as many locations as possible, he added.

That’s why we urge the regulators, the international, regional and national authorities to carry out a purely professional fact-based procedures when they authorise different types of vaccines,” he said.
Szijjártó said it had also become clear that the pandemic not only constituted a health-care related crisis but an economic one, too. As a result, during the last year and a half the global flow of direct investments fell by 42 percent and there was a 5.3 percent drop in the volume of global trade, he added.

“Now the most important duty of ours is to save jobs — as many as it is possible,” he said. Szijjártó said it was also important to focus attention on families, as the Hungarian government was doing. “Families who raise children; because these families have worn a double burden,” he said, noting parents who had to go to work to keep their country runing while looking after their children while schools and kindergartens remained closed.

Another consequence of Covid was that “a big part of our life has been pushed to the digital space”, he said.

Parents and children have created a vulnerable and inexperienced group of users of digital space,

and this kind of group is a perfect target for cyber criminals, Szijjártó said.

“That’s why we urge putting together strict international regulation which can protect our children and families from the spread of extremist ideologies on the internet, of sexual propaganda and cyber bullying,” he added.  He also talked about the dangers of further migratory waves in the world. “The pandemic and migration together construct a vicious circle. The more serious the health-care related and economic related impacts of the covid are the more people will hit the road and migrate. And the more people are involved in the migratory flows, the more accelerated the virus will spread. So nowadays migration does not only constitute the already well-known cultural, civilisation or secuity related risks but very serious health-care risks, as well,” he said.
Former US Vice President Pence praised the Hungarian government’s vision on family policy


Commenting on the “big failure of the international community after 20 years in Afghansitan”, he said “now the main duty is to mitigate the damage”. It is necessary to prevent Afghanistan from becoming a safe place for terrorist organisations and to prevent additional migratory flows stemming from Afghanistan, he added.

“Beacuse such flows will mean a direct security threat on both the neighbourhood of Afganistan and on the European continent,” he said. He said European Union leaders were now saying that they do not want to commit the same mistakes that were committed in 2015.  “However, they the make the same kind of decisions and the same kind of statements.

When Afghans are being encouraged by them to leave their homeland,

The minister said Hungary had already fulfilled its moral duty and evacuated all Afghans who helped Hungarian troops during their mission in Afghanistan. “But we will not receive anyone else. We will protect our border,” he said. The government will reject any kind of quota system for the distribution of migrants, he added. Szijjártó said it was necessary to create the conditions making it possible for everybody to stay where they lived.

“This approach is being reflected in a development programme of the Hungarian government called Hungary Helps.

Szijjártó finally said that the coronavirus pandemic had brought a lot of hardships but it also showed “just how interdependent we are”, bringing about hope for improved cooperation among the nations of the world, he added. “More pragmatic more effective and more respect-based coopperation between East and West,” he said. 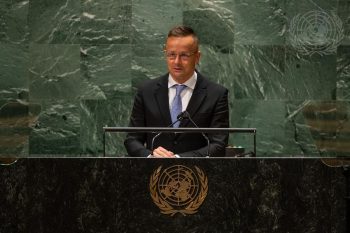 Read alsoMinister’s speech in the UN: Hungary will reject any kind of migrant quota systems