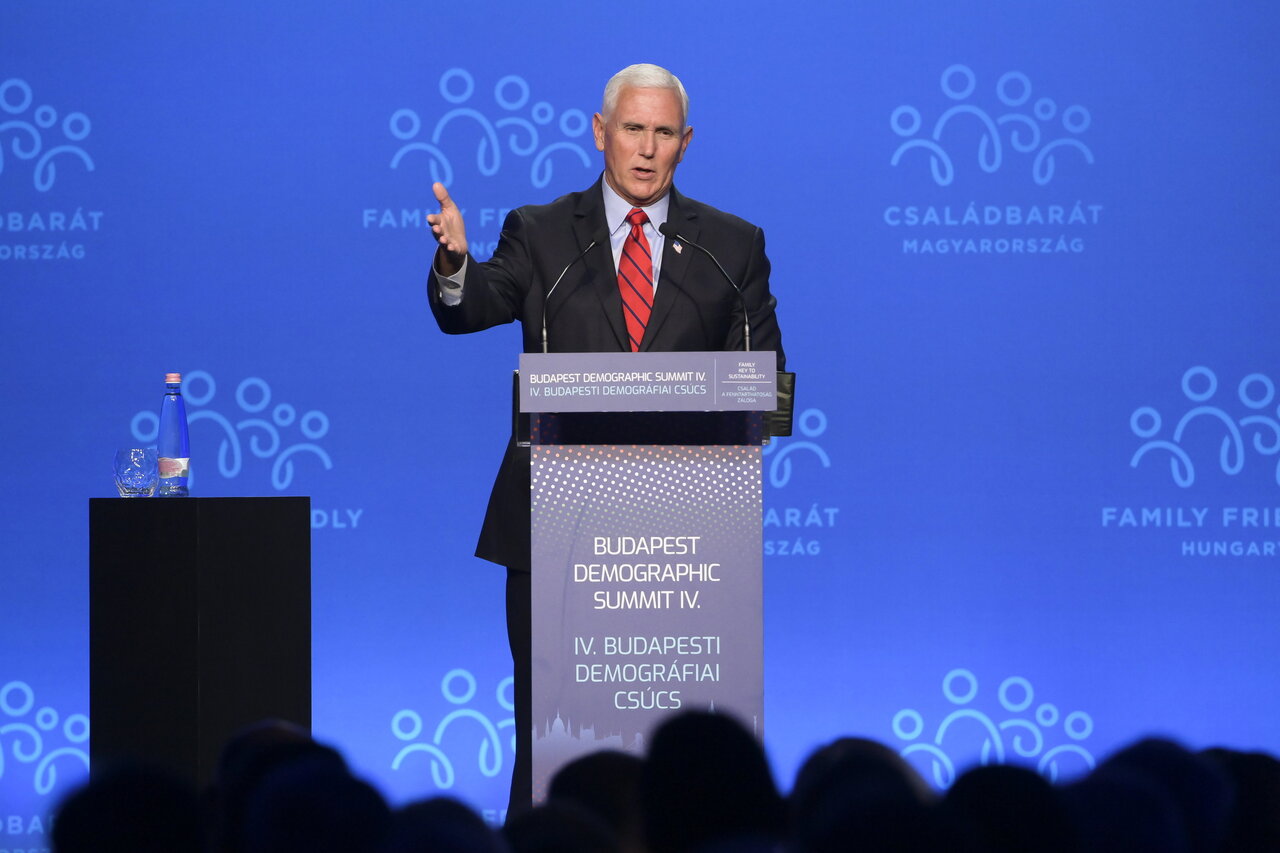 “The Western world is beset by one crisis after another,” Pence said, noting the coronavirus pandemic and its ongoing economic impact as well as a “crisis of confidence” in traditional values, institutions and leadership. The former vice president said yet another crisis was “the erosion of the nuclear family marked by declining marriage rates, rising divorce,

“The leaders of government who are gathered here, and the leaders of faith, know strong families make strong communities, and strong communities make strong nations,” he said. “For our civilisation to prosper, if we’re to pass on the rights and the freedoms and the values that we cherish to the next generation, our highest priority must be to preserve, renew and strengthen the families upon which our nation and our civilisations have been built.”

Pence said there was a consensus among the global elite that “the institution of the family is in many ways an anachronism, outdated and even unnecessary”.

“We are so much as told that the family is secondary to the state and that the demands of raising and educating children must be met with the ever growing reach of government, supplanting the role and the primacy of parents and families from cradle to grave,” he said.

But the nations of central and eastern Europe “have heard these empty utopian promises before”, Pence said. They know what it is like to “live under the oppressive fist of progressive tyranny with its unworkable social experiments and with thought police driving their agenda against the common sense and common values of the people,” he added.

“Hungary and all the nations of the former Soviet bloc taught the world:

if you want freedom, take pride in your country.

“From where I stand I see the people of central and eastern Europe rejecting the modern left’s vision of a post-Christian, post-national, post-family world,” he said, adding that this was the same vision former US President Donald Trump’s administration had embraced. “It’s for a world of strong, sovereign, independent nations built on thriving, happy and healthy families.”

He said the Trump administration had similar goals and enacted like-minded policies to Hungary that centred on the restoration of middle-class American families. “I have long believed that a society can be judged by how it deals with its most vulnerable, with its youth, its aged and its infirm and the unborn,” he said. He called abortion an “unspeakable tragedy, an unspeakable loss … for humanity”. Pence said the Trump administration had “stood without apology for the sanctity of human life”, cutting funding for abortion.

“Here in Hungary I’m told that the number of abortions annually has been reduced by 30 percent in recent years,”

he said. Citing the words of Pope Francis, Pence said the welfare of the family was decisive for the future of the world, adding that “we must lead our nations and lead the world back to putting family first.” The former vice president said Hungary and other countries in the region had shown that the right leadership and the right solutions could succeed in reversing population decline.

Read alsoHungary to become the exemplar of the American right-wing “Trumpism”?