Defence Minister Tibor Benkő handed over the award at the ministry of defence in Budapest on Wednesday.

The award recognises the German Lieutenant General’s outstanding role in establishing and strengthening Hungarian-German military relations, according to the commendation.

At the ceremony, Benkő noted that cooperation began in 2009 in Afghanistan, where German and Hungarian soldiers worked together to bring peace, and it continues up to the present day with the establishment of the headquarters of the multinational division based in Székesfehérvár, a NATO command centre. (Read more here: New multinational command to be set up in Hungary)

Vollmer said he was honoured to receive the award.

President János Áder conferred the award at the proposal of Péter Szijjártó, the foreign minister. 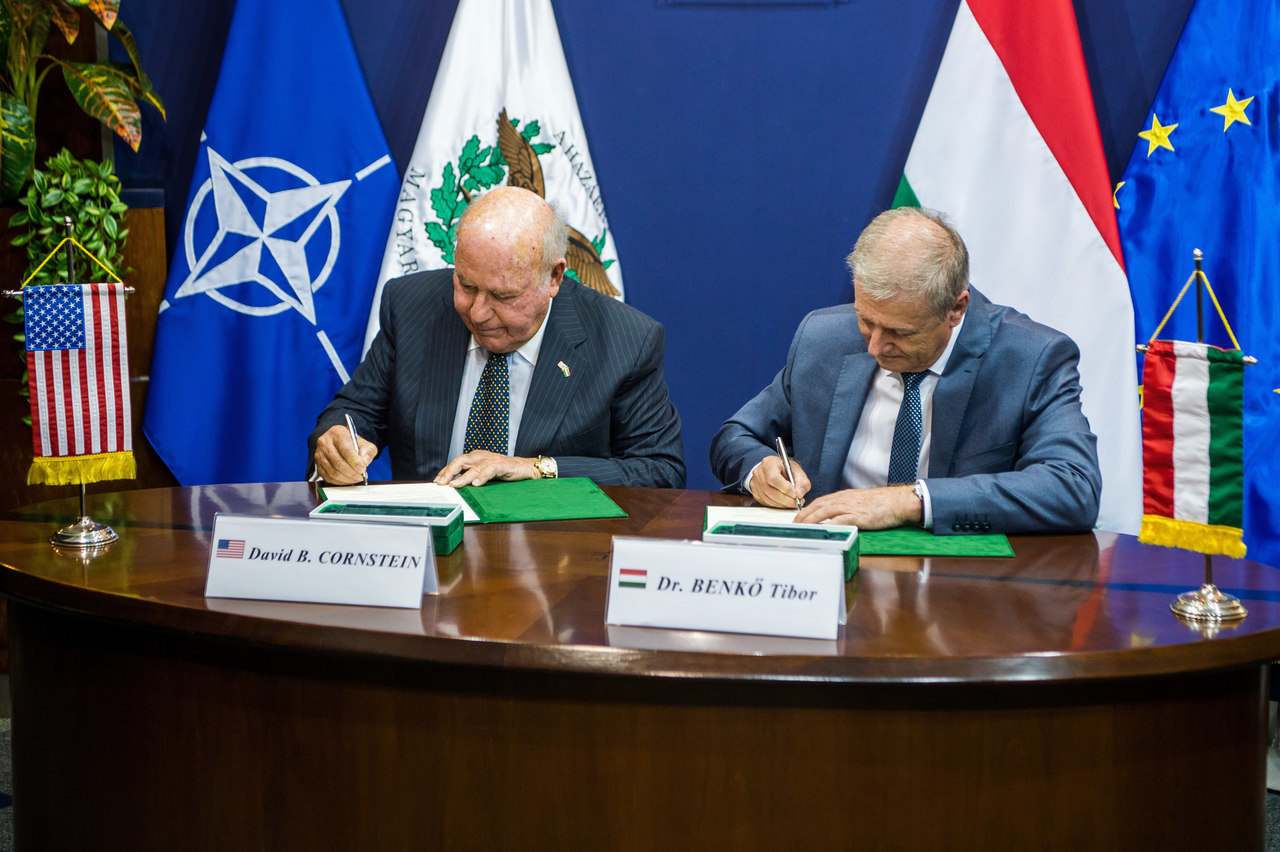 Vollmer visited the Székesfehérvár NATO command centre later on Wednesday where he met Korom for talks. Korom told a press conference after the meeting that the Hungarian government and its partners had decided to set up a multinational command and later a full division in Székesfehérvár to coordinate operations in the Carpathian Basin and carry out defence and crisis management tasks. A Croatian commander of this unit has been filling his post since August 1, he added.

Korom said that Hungary was fulfilling its duties under the NATO command in Brunssum and participated in operations under the arrangements of the Resolute Support Mission in Afghanistan.

Korom said they had reviewed the upcoming capability assessment of the NATO command in Székesfehérvár which is due in 2021. It was also discussed that starting in November 2021, Hungarian Army generals will fulfil the command of the KFOR mission in Kosovo.

he had briefed Vollmer about the armed forces development programme which aims to take the Hungarian Army “from the past to the future”, fulfilling NATO expectations for defence spending to reach 2 percent of GDP.

Vollmer appreciated Hungary’s NATO activities and highlighted that they have been working together in Afghanistan for more than a decade.

Korom granted Vollmer a Partnership Award in recognition of his contribution to the performance of joint tasks in his capacity as German Land Forces commander.