No shop assistants in Hungary 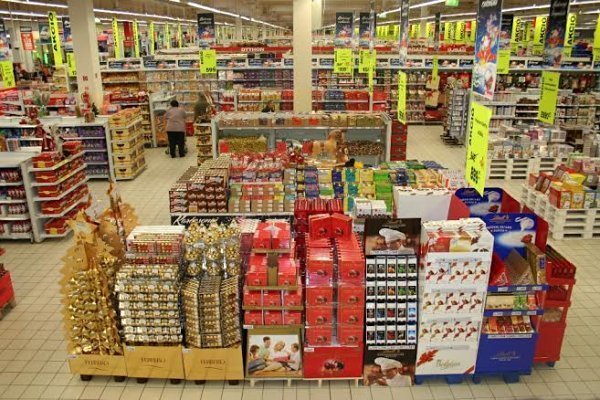 As Daily News Hungary has already reported, permanent labour shortage causes serious problems to Hungarian economy. Though retail trade is growing, companies cannot find cashiers, sellers or stock associates in Hungary even for higher wages. Thus, the biggest Hungarian food stores are searching for at least 1,000 shop assistants at the moment – according to blokkk.com. A kind of solution could be wage union initiated by Hungarian opposition party Jobbik.

Wage increase can only maintain staff

Auchan, Spar and Tesco have increased wages for their employees lately.

Despite offering more money than the average, they are still in great need for new employees.

Based on modest estimates, not long before Christmas there are the same number of “I will be back in a minute” slate hanging signs than the ones showing price cut’s, which clearly shows that even small businesses suffer from permanent labour shortage.

In fact, shopkeepers have been grieving especially for the past two years. While their income enhanced, the number of shops decreased. In addition,

Meanwhile, wages increased among physical workers like cashiers, sellers or stock associates, as well. As a result, their salaries exceeded 189 thousand forints (605 EUR) in August meaning a 17% increase compared to the 162 thousand (520 EUR) in the previous year. This 27 thousand forints (86.5 EUR), however, were only enough to maintain staff in these jobs.

Clearly, wages in retail trade grow continuously. However, the smaller a shop is, the more difficult is to assure the financial background for such salaries. All in all, this means that

shops have to pay more for their employees than they could normally afford.

Even top-employers suffer from the lack of shop assistants

Undoubtedly, huge food stores pay the biggest salaries. Obviously, it is hard to find data on their staff-problems and open jobs or the offered wages, but not impossible. Biggest chains recruit on their websites and, of course, they try to find new employees otherwise, as well.

Labour shortage is the most problematic before Christmas, causing long queues in front of the cashier’s desks.

According to calculations of blokkk.com, six of the biggest food stores in Hungary search for at least 1,000 employees.

Wage union could be a solution

Admittedly, wages are going to increase further in 2018, but this will not ease labour shortage, because qualified workforce still goes to work abroad. The problem is complex; a solution could be Jobbik’s wage union initiative. This European citizen’s initiative aims to

Hence, Eastern-Europeans would not move to the West to find better living conditions.