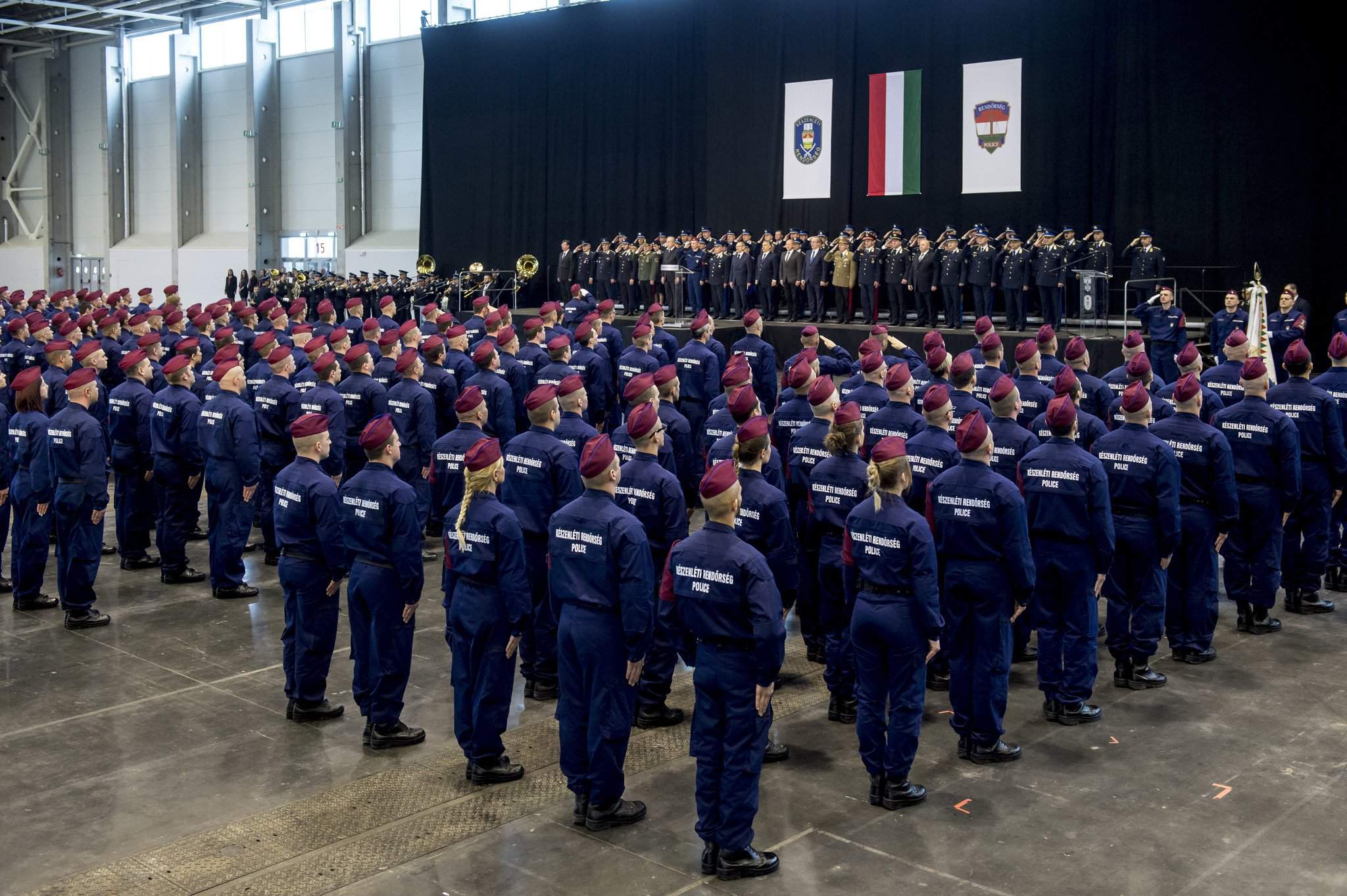 Budapest, January 12 (MTI) – Protection of Hungary’s borders will continue to be a top national security priority, the prime minister said on Thursday, addressing the oath taking ceremony of the first officers of a new border protection force.

In his address, Viktor Orbán insisted that pressure on the borders would not subside and that the country cannot expect protection from the European Union. “We will have to protect ourselves,” Orbán said.

The prime minister also voiced confidence that thanks to its military and police force “Hungary is now one of the safest countries in the EU”. “We do not have terrorism, no mass harassment, nor do they drive trucks into merrymaking crowds,” Orbán said.

Europe “would be better off” had it not thwarted “Hungarian solutions which have proven practicable and useful and have now been adopted by more and more countries”. “We have proven through deeds that immigration can be stopped,” he added.

Orbán insisted that the era of “naivety, illusions and having no chances” is over and said that “we must focus on what we actually see and not on what we would like to see.” He argued that “the terrorist acts and clashes, the violence and crime, the ethnic and cultural conflicts” are warning signs that “those who come here do not want to live our life; they want to go on with theirs among European circumstances”.

The prime minister said that migrants were also victims; the victims of “human smugglers, European politicians pledging free entry and also of their own illusions”. “We do understand them, but cannot yield to their demands and allow them to enter Europe. No human rights stipulate national suicide,” Orbán said. He added that the new arrivals may be accompanied by terrorists, too, and “innocent people have been killed in several European countries, paying with their own lives for their countries’ weakness”.

The ceremony, at which 532 officers took their oaths as graduates in the first phase of the border guard training, was also attended by interior and defence ministers Sándor Pintér and István Simicskó.

The government decided in August last year to enlarge the police force with 3,000 border guards.