Opposition MPs fail to make it inside Suzuki plant 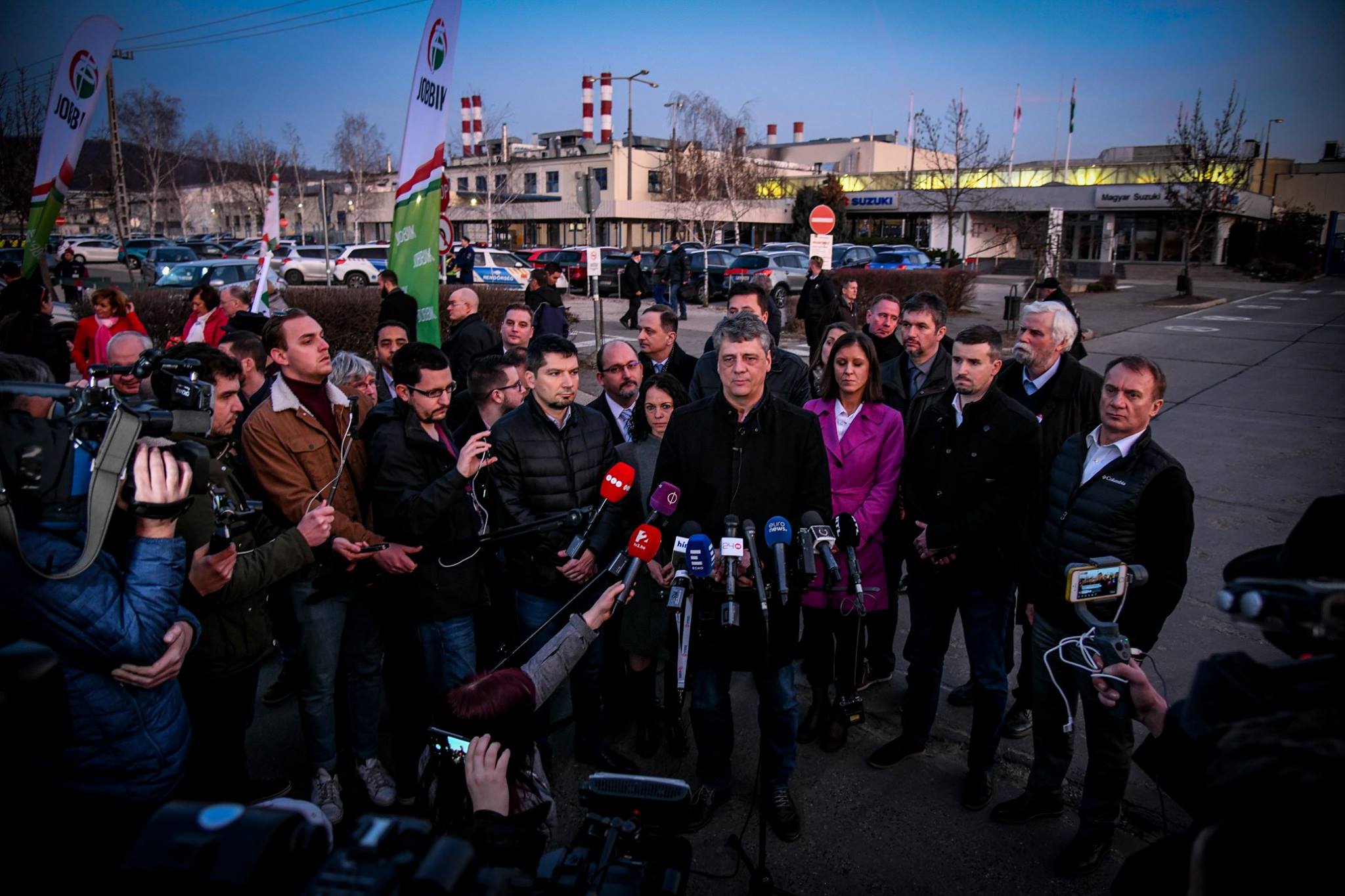 Opposition MPs on Monday afternoon failed to make it inside a Suzuki factory in Esztergom as part of a planned protest there against the December 2018 amendments to the labour code.

Earlier on Monday, the lawmakers walked out of parliament’s first 2019 session and said they would visit the Suzuki factory to hold a joint protest there.

The Hungarian Suzuki company in early February laid off a worker just after he had been elected secretary of a newly formed trade union of metalworkers.

The communications chief of Suzuki’s local unit said on Monday that the company does not plan to enforce the new overtime law. Viktoria Ruska told MTI that in recent years,

the company had not even taken full advantage of the 250-hour overtime limit.

The opposition MPs were greeted at the plant’s entrance by Ruska, who offered to let two of them inside for talks. The MPs, however, wanted Suzuki to let five of them in, and they refused Ruska’s offer.

The parties then gave a press conference, where Jobbik’s Péter Jakab said Suzuki was a strategic partner of ruling Fidesz and not the Hungarian people. He said

the government was pursuing an economic policy “heading in the direction of cheapness” rather than higher wages.

The Democratic Coalition’s Zsolt Gréczy said it was “embarrassing” that “a company important for Hungary” had laid off a longtime worker just because he had attempted to form a union. He said this meant that “the slave law can easily be introduced”.

László Varga of the Socialist Party called the afternoon’s events outside the factory “outrageous”, and said the government had been building up to the new overtime law since 2010.

Parbeszed’s Tímea Szabó said the opposition would fight until Suzuki’s executives agree to sit down with them for talks.

LMP’s Antal Csárdi said the parties would keep protesting until the government calls on Suzuki not to block the establishment of unions.