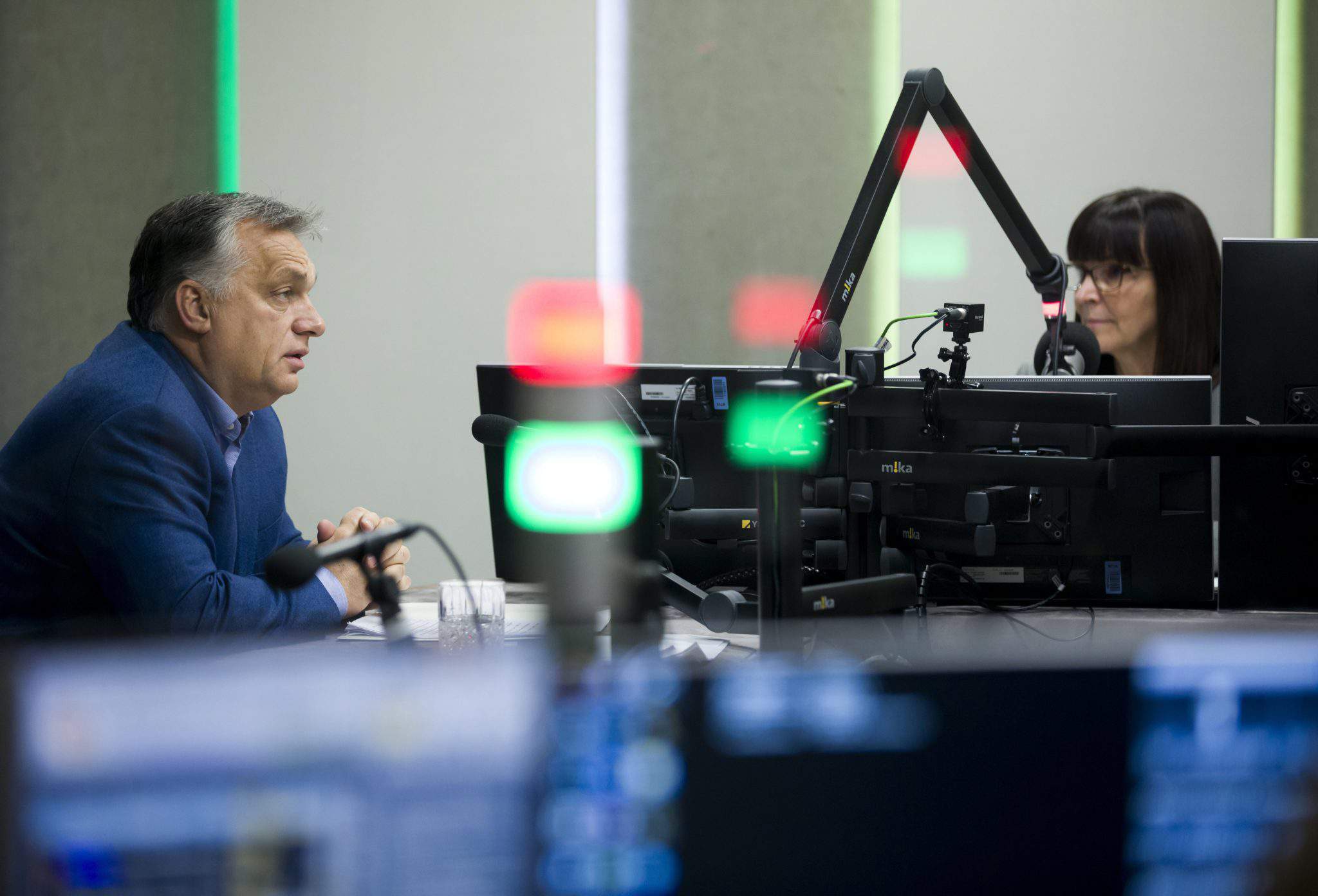 Referring to bank cards and visa for migrants, Prime Minister Viktor Orbán said in a public radio interview on Friday that pro-migration forces consider European institutions as a “transport agency” because they believe migration is in Europe’s interest.

Orbán said this was to Hungary’s detriment. Only after the European parliamentary election will the situation change, he added.

He said that whereas the European Union justified repressive measures against European citizens by citing the fight against money laundering, the European Commission “is giving anonymous bank cards to people we don’t know … and many of them become terrorists and criminals.”

“The rightful question is, why is this happening and where does the money come from,” he said. Fidesz MEPs, he added are investigating the matter, he added.

“This is the kind of slippery slope which could again lead to a broken Europe.”

He said the EP had already voted the measure down, but it is now on the agenda again and “they want to push it down our throats.”

The prime minister said European politicians who are about to lose their mandates are “panicking” about the issues close to their hearts and they are rushing to conclude the migration issue.

Brussels had failed to keep migrants out of Europe and had also failed to keep Britain inside. Brussels, he added, had made serious political mistakes in their handling of Brexit.

At the same time, the document received in advance of the special EU summit on Sunday, “which is satisfactory from Hungary’s point of view”, protects the interests of Hungarians living and working in the United Kingdom, Orbán said, adding that the rights of Hungarian workers will not be compromised.

Orbán noted that surveys have been carried out in Hungary and in the UK concerning EU matters. In Hungary’s consultation and referendum, Hungarians said they wanted “more national sovereignty and less Brussels,” while the British went even further, he said. He also noted that the Hungarian government put an newspaper advertisement urging the British to remain in the EU.

Orbán said that the people who attack Hungary for granting asylum to former Macedonian Prime Minister Nikola Gruevski were “identical” to those people and organisations that support migration.

The organisations most critical of the Hungarian government regarding the case are all in the pocket of US billionaire George Soros, he said. Since Gruevski, as prime minister, took tough action against Soros networks in Macedonia, “they are keeping track of his life”, he added.

Gruevski headed a country that played a key role in combatting migration, and without him it would have been far harder to protect the Hungarian border, Orbán said. So he and his country have always been viewed as Hungary’s allies, he added. He was the first politician in the Balkans who built a fence and stopped migrants, for which Hungary also granted help, Orbán said.

“Allies should be treated with decency, and when they turn to us, they deserve decent treatment,” he said, adding that he was “pleased” this was not the first time that a former leader had thought that in Hungary they would get fair treatment.

Commenting on Gruevski’s travel arrangements to Hungary, the PM said: “The whole thing had an exciting storyline … and every crime story is exciting”.

“We are not influenced by the procedures in Macedonia,” he said.

“What we are interested in is whether the request submitted to us is legally well-founded, whether the authorities carried out a fair procedure and acted lawfully. Once a decision is made, it must be respected,” Orbán said.

Commenting on the extradition request submitted by Macedonia, he said Macedonia must also follow a legal procedure. The Hungarian authorities will assess it and come to a decision, he added.

Meanwhile, in connection with a meeting of the Diaspora Council and the Hungarian Permanent Conference (Máért) last weekend, Orbán said that the “hundred years of Hungarian solitude” had come to an end and that Hungary’s neighbours realised that “working with us is not unnatural; indeed, it is worthwhile.”

Serbia has a major role in this, he said, adding that Hungary had 800 years of friendship with the Croats and it had managed to build a relationship based on mutual trust with the Slovaks. Further, Hungary has taken steps forward with the Romanians, he said.

“Those who work together with Hungary are doing well,” the prime minister said.

Joint economic development schemes are good not only for Hungarians outside the borders but also for non-Hungarian citizens of neighboring states, he said.

Hungary “not only accepts Ukraine’s territorial integrity, but also demands this from Russia.”

The government does not want to differentiate between Hungarians and other national minorities in Transcarpathia, but wants to help everyone, he said. But for all our friendship towards Ukraine, “all we have got in return is an anti-Hungarian policy,” he said, adding that hopefully the next Ukrainian president would formulate a Hungary-friendly policy instead. Orbán said Ukraine’s NATO and EU accession depended on Hungary’s help, so it is “self-defeating” to pursue an anti-Hungarian policy.