Orbán: Migration to be Europe’s defining issue in next 15-20 years – International press conference 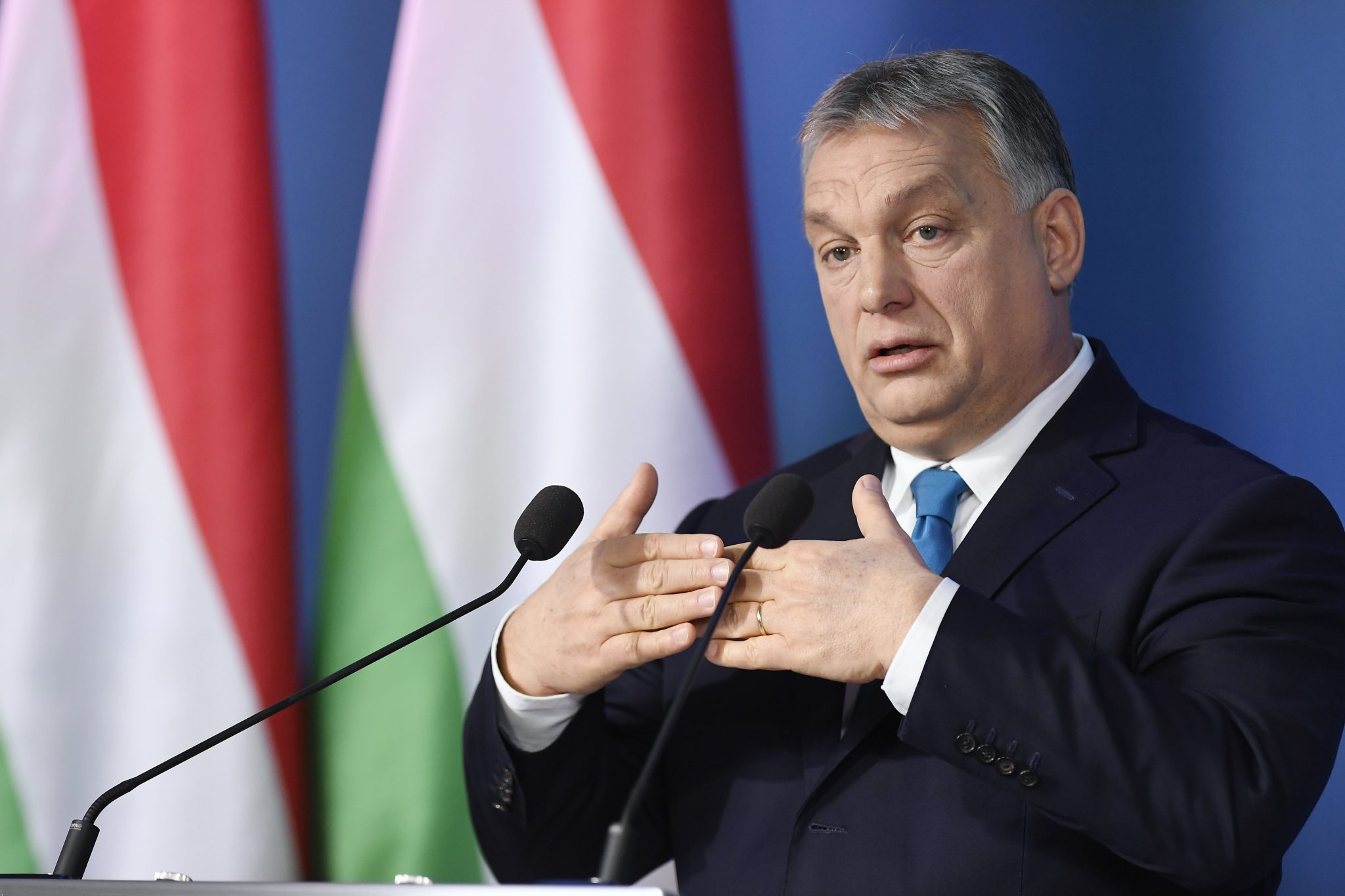 Prime Minister Viktor Orbán, at an international press conference on Thursday, named immigration as the defining issue of the next 15-20 years in Europe, arguing that the population growth rates of Africa and Asia were higher than their population retention rates.

Hungary can be proud that it was the first country to prove that migration can be stopped on land, and for a long time not even countries with maritime borders attempted to achieve such a feat, the prime minister said. Italian Interior Minister Matteo Salvini was the first to say that this could be done, Orbán said, adding that this had made Salvini a “hero” in his eyes.

Migration has already brought about significant changes in terms of Europe’s future, the prime minister said. In some countries it is already clear that their civilisations will be mixed going forward, and it is only a question of how the people will coexist, he added.

Migration in western Europe is a question of coexistence, Orbán said. But in central Europe the debate is centred on “how we can prevent a situation like the one that can already be seen in western Europe”, he added.

Migration is not simply an issue that will be in the focus of the European parliamentary elections but one that is profoundly transforming European policies, Orbán said.  The traditional division of parties into left-wing and right-wing parties is being replaced by a new division based on being pro-migration or anti-migration, Orbán told a press conference. The debate over migration re-interprets the attitude to Christianity, and almost makes the protection of Christian culture a political duty, he said.

A homogeneous European civilisation is being replaced by two civilisations: one that builds its future on the coexistence of Islam and Christianity and the central European model which continues to conceive Europe “as a Christian civilisation”, Orbán said. 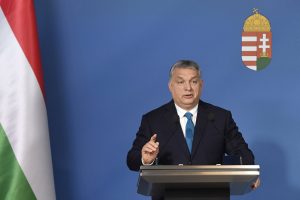 Orbán: Goal is to have ‘anti-immigration’ majority in all EU institutions

Asked about the opposition’s intention to field a joint list for the European parliamentary elections, the prime minister said that if “they take this path, they will be digging their own grave”. Orbán added it was not his job to prevent them.
Asked to comment on an opposition demonstration held in Brussels earlier this week with the participation of Dutch Green MEP Judith Sargentini, Orbán said: “This is yet more proof that migration is the key issue of the EP elections.” He added that Sargentini was “a pro-migration politician, so it is not odd that she is demonstrating against the Hungarian government alongside pro-migration Hungarians.”

Asked about similar protests against right-wing anti-migration governments in Belgrade, Vienna, Warsaw and Rome, he said that pro-migration forces backed by George Soros were preparing for the EP elections and would demonstrate everywhere. “But this is the rule of the game.”

“The campaign has started, there are demonstrations, people compile petitions … we are in campaign mode and it’s guaranteed to be like this until May,” Orbán said.

The prime minister said what was new in the campaign was its international dimension. Orbán named migration as the campaign’s single most important issue, saying it would be the decisive factor for voters.

Asked about recent cooperation between Hungary’s leftist parties and conservative Jobbik, Orbán said the left should consider whether it was right to “legitimise–out of short-term political interest–those who represent anti-Semitism”.

Concerning US billionaire George Soros, he said people who “defend him by referring to his [Jewish] origin” did a disservice both to Hungarian politics and Soros himself.

Referring to the French president, Orbán said Hungary duly respected France and its president, “but we cannot conceal the fact that Emmanuel Macron is a pro-migration forces leader”.

The prime minister said he and Macron were “on good terms personally” but the future of Europe and the two countries were at stake, and Hungary would suffer if Macron’s agenda were realised.

In response to a question, Orban said Hungary-Germany ties were special as were relations between Fidesz and the CDU-CSU alliance. “Cooperation with Germany has always been a priority for Hungarian foreign policy.”

“We need deep and honest relations, but this is currently missing because German policymakers are failing to respect the decision of Hungarians not to become a migrant country. They are pressurising us to follow them … we don’t want to so there’s no room for compromise.”

Referring to his visit to Brazil a few days ago, Orbán said the debate over migration went beyond the borders of Europe.

In reply to a question, Orbán said that Hungarians had taken up “illiberal positions on the key issues of immigration, family and Christian culture”.

Asked to comment Liberal EP party leader Guy Verhofstadt’s statement that Hungary’s prime minister was neither a Democrat nor a Christian, Orban said: “Liberal thinking in Europe has gone so far that the liberals, today’s number-one enemies of freedom, want to define not only who they are but also who the Christian Democrats are.”

Government will do everything it can for 4 pc growth

Hungary’s government will do everything it its power to help the economy achieve 4 percent growth this year, Prime Minister Viktor Orbán said at a press conference on Thursday.
If the government fails to enact measures aimed at promoting growth in the first quarter, the growth rate will be below 4 percent, he said.

As regards employment, the prime minister said there are 4.5 million people working in Hungary today, compared with 3.7 million in 2010. If all goes well, the number of job holders could stabilise at 4.5-5 million in the long term, which is near full employment, he added.

This was why, he said, it was not worth implementing an economic policy that requires a bigger workforce. The Hungarian economy needs to grow at a pace that can be supported by a workforce of this size, he added.

Orbán said Hungary’s current employment situation was good for workers, arguing that anyone who wants to work can find a job.

Asked about the central bank governor’s term nearing its end, the prime minister said there were “no surprises to be expected” in the matter. 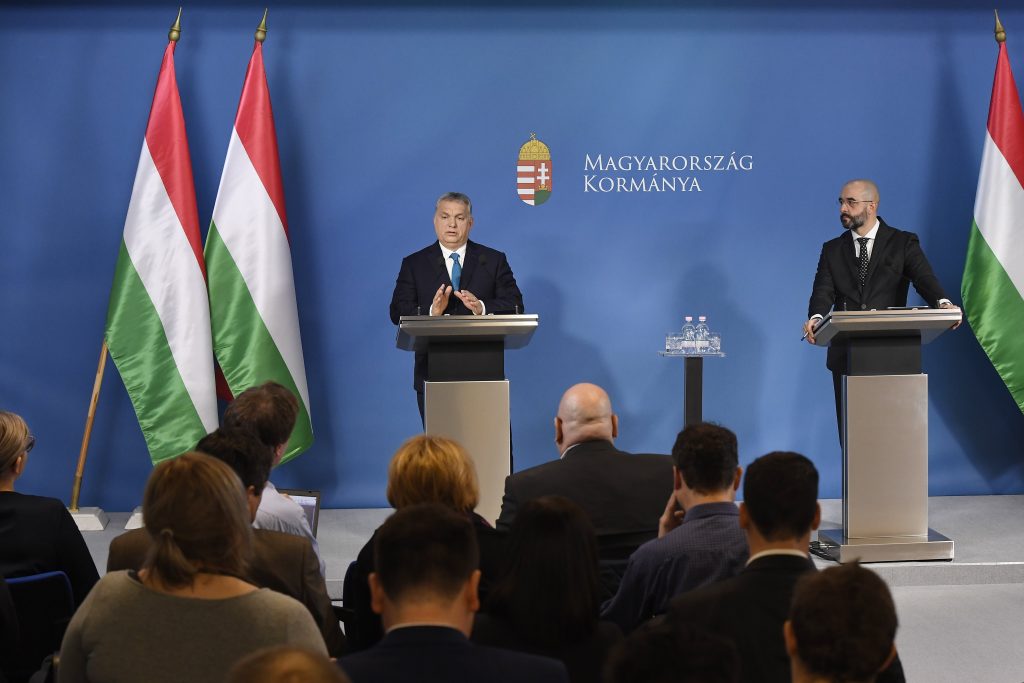 Some 1.382 million questionnaires returned in government’s survey about family protection

A total of 1.382 million questionnaires have been returned in the government’s “national consultation” survey about family protection. The participation rate was the third highest among all past “national consultations” which shows that the situation of families, the willingness to have children and demographics are important issues not only to the government but to the whole of the country, Orbán told an international press conference.

The prime minister expressed hope that in his state-of-the-nation speech scheduled for around February 10 he would be able to present the planned government measures based on the consultation.

The future of the country lies in families, Orbán said.

Hungary’s GDP growth rate for 2018 could reach 4.6 percent, the public debt to GDP ratio fell to 71 percent at the end of last year and the deficit was 2 percent of GDP, he said. According to the finance minister’s briefing to the cabinet on Wednesday, household consumption grew by 6 percent last year and gross wages by an average 11 percent, Viktor Orbán told an international press conference.

The Hungarian economy is stable and is expected to stay that way this year, too, Orbán said. “Hungary is performing better,” the prime minister added.

migration had driven western and central Europe far apart, adding that the question was how they can remain united “now that they’ve chosen such different futures”.