Streets and cities preserve the name of Kossuth in US 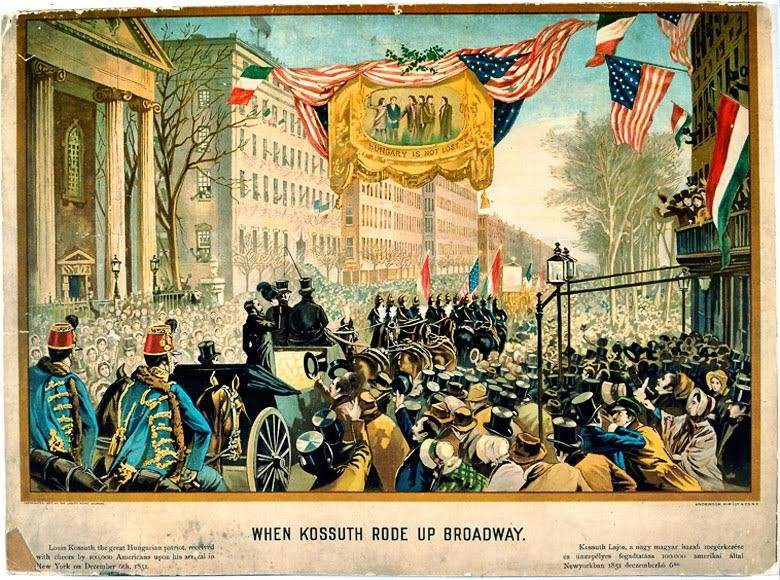 The spiritual leader of the 1848/1849 Hungarian War of Independence convinced masses to side with the Hungarian case during his American journey, and his memory has not faded away after 160 years, 24.hu wrote.

Lajos Kossuth believed in the restart of the War of Independence; he traveled from the UK to the USA in 1851 in order to create financial conditions and support for the fight.

He arrived in New York in December 1851, where he was welcomed by a 31-gun salute in the name of the then 31 American states.

In January and in July Kossuth dollars were made. These were given as an acknowledgement for the donations, 24.hu wrote.

In February 1852, he applied for the membership of the No.133 Freemasonic Order of Cincinnati.

Kossuth held 500 speeches until his journey’s end in July 1852. According to 24.hu, he was the second foreigner (after Marquis de Lafayette) who spoke in the Congress. He has statues in the biggest cities of the country, even in the US Capitol in Washington. A lot of streets, cities and even a county are named after him.

You can find the village Kossuth in Mississippi.

Kossuth is the largest county of Iowa. 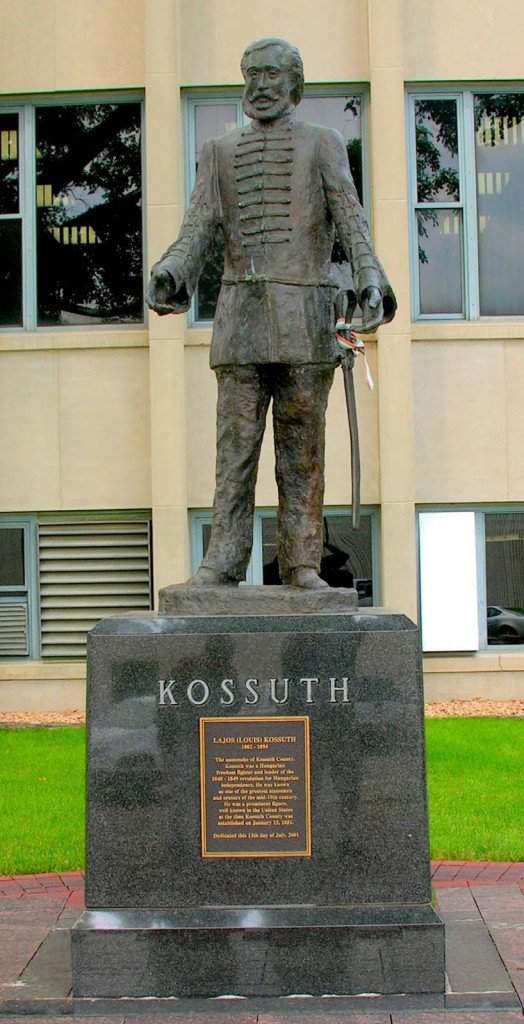 In addition, there are several Kossuth streets in the USA: