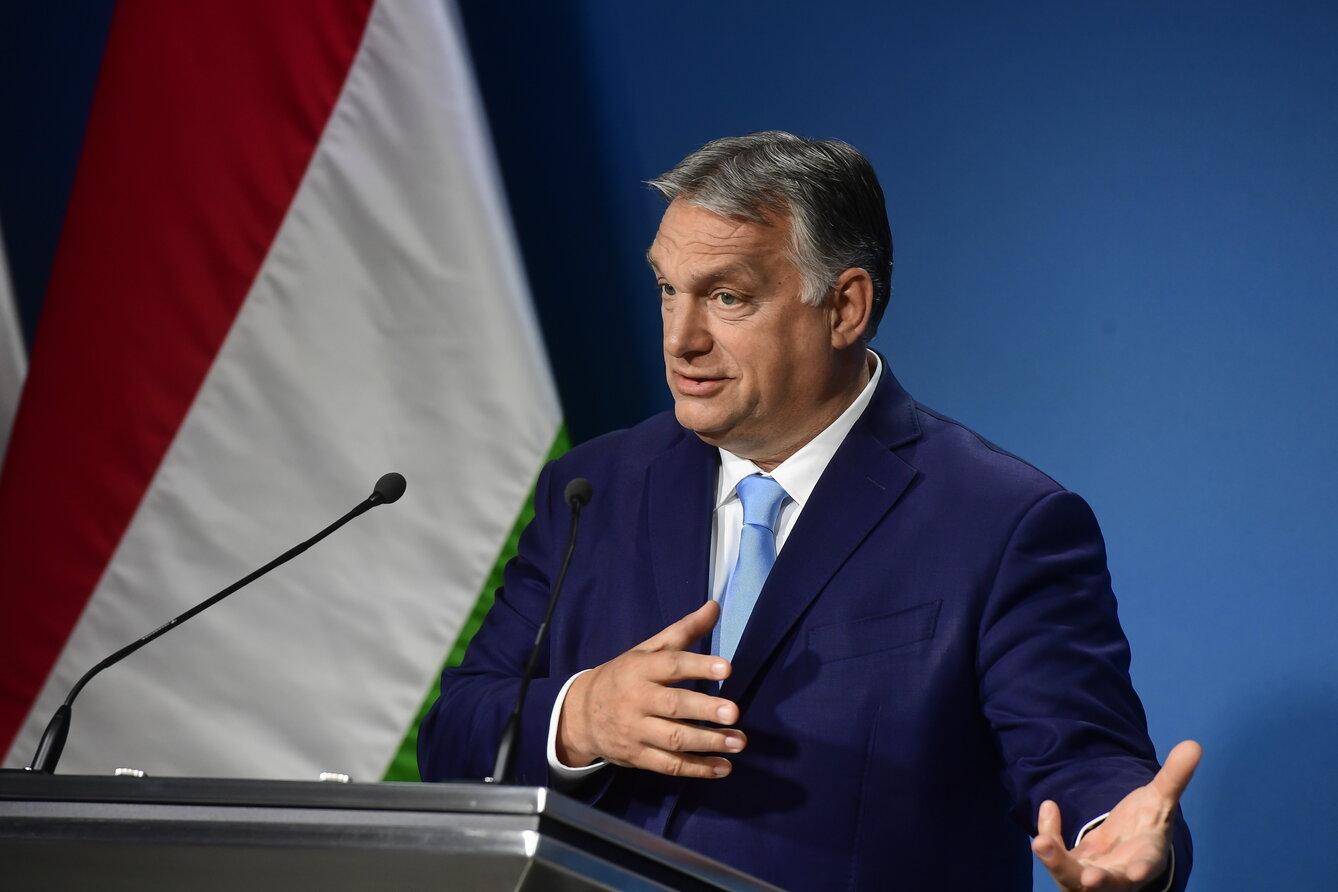 The sexual education of children is a duty of parents, while fighting against paedophilia is that of the state, Hungarian Prime Minister Viktor Orbán told German news agency dpa on Wednesday.

“It is the duty of the state to provide special protection for the physical integrity and mental health of children,” Orbán said. Hungary stands with this position “in the centre of European set of values and an open and tolerant European Union,” the prime minister said.

In connection with the Union of European Football Associations’ (UEFA) decision to ban the lighting of the stadium in Munich in rainbow colours during the Hungary-Germany Euro 2020 qualifier on Wednesday evening, Orbán said

“whether the Munich football stadium or another European stadium is lit in rainbow colours is not a state decision”.

“The rainbow colours are naturally a part of the street image,” in Budapest as well, he said.

Orbán said that “in communist Hungary, homosexual people were persecuted”. “Today the state not only guarantees the rights of homosexuals but actively protects them,” he said, adding that “the freedom of the individual is the greatest value.”

Everybody must be free to decide for themselves which path to choose in life, Orbán said. “This postulate is the legacy of our freedom fight against dictatorship,” he said. “We must never again restrict the freedom which we ourselves fought for in 1989,” Orbán said.

“In an ideal, free world women are equal to men without any restriction,

there is no racism, anti-Semitism and homophobia, paedophilia is persecuted and punished with the fullest rigour of the law, full protection of minorities is guaranteed by the state and minority protection laws are among the strictest in Europe,” the Hungarian prime minister said.

Orbán said in countries where “this ideal has not yet been realised, men must actively fight for equal rights for women, a Christian must stand up for fighting against anti-Semitism and must protect their Jewish fellow citizens, and a heterosexual man must protect homosexuals from exclusion, from attacks and against discrimination”.

A statement by the President of the European Commission Ursula von der Leyen concerning recent Hungarian legislation is a shame because it is based on false allegations, Prime Minister Viktor Orbán said in a statement on Wednesday.

“The recently adopted Hungarian bill protects the rights of children, guarantees the rights of parents and does not apply to the sexual orientation rights of those over 18 years of age, so it does not contain any discriminatory elements,”

Orbán said the statement of Von der Leyen was a shame “because the Hungarian bill is based on Article 14 (3) of the Charter of Fundamental Rights of the European Union” and “because it publishes a biased political opinion without a previously conducted, impartial inquiry.”
Hungarian government Hungary law Viktor Orbán
Share