energy European Union Hungary Viktor Orbán
The European Commission’s planned Fit for 55 climate package and resulting high energy prices “will destroy” Europe’s middle classes, Prime Minister Viktor Orbán said, arriving at a two-day summit of EU leaders in Brussels on Thursday.
Orbán said the work of the commission and Frans Timmermans, its green commissioner, was already resulting in higher energy prices and these were set to shoot up.

“Those responsible for sky-high electricity and gas prices are endangering European democracy,” he said, arguing that the fate of democracy hung on the middle classes. The prime minister called for the plans to be withdrawn and reconsidered.

He said a promise of an impact assessment for all member states on how the commission’s proposals would affect each of them had been to no avail. The commission’s ill-considered plans would shatter Europe’s economy, he said. “This must be stopped,” Orbán added.

Meanwhile, the prime minister said a witch hunt against Poland was under way in Europe. He added that Poland was on the right side of the argument, and “we are standing up for the Poles”.
Hungarian economy to grow at the third fastest rate in the EU in 2021
Orbán said the European Union had no business going where laws were within the competence of national parliaments, constitutions and courts.

The prime minister insisted that the EU was “stealthily” encroaching on national powers, adding that this must be stopped. He said Poland had shown the courage to “wage this battle”.

Answering a question, Orbán said there was no need for any sanctions against Poland. “Poland? The best country in Europe. There is no need to have any sanctions. It’s ridiculous,” he said. 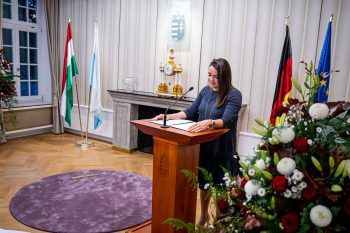