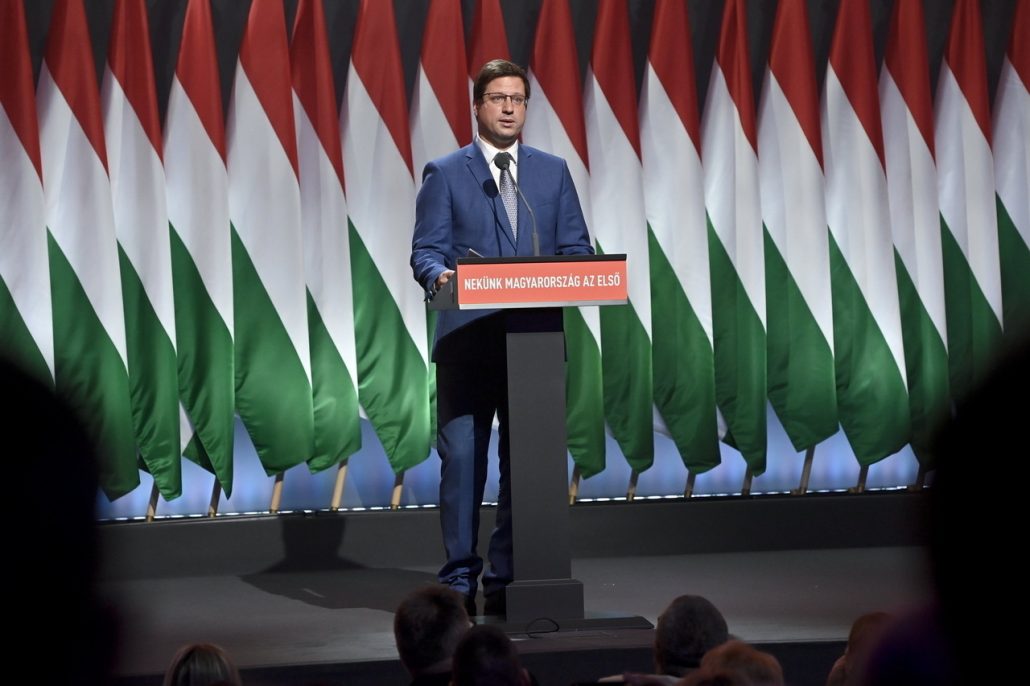 Next year’s general election will be crucial, Gergely Gulyás, the Prime Minister’s chief of staff said at the 29th congress of ruling Fidesz in Budapest on Sunday.

Next spring, “we will be choosing a future, we can decide between present and past”, Gulyás said.

“After the left, led by Ferenc Gyurcsány, ruined the country in 2010, they set themselves two goals,” Gulyás said. “They needed to get rid of the legacy of the former prime minister and quarantine Jobbik, which they called a Nazi party”.

“More than a decade later, the left, led by Ferenc Gyurcsány, is fighting for power with Jobbik in their ranks,” he said.

While the left took the 13th-month pension away from pensioners, Fidesz is working to give it back to them. Today, the minimum wage is higher than the average wage was under the Gyurcsány era, Gulyás said.

He said the previous government had indebted and bankrupted the country while the current cabinet has cut taxes and managed to substantially reduce the country’s debt by the start of the coronavirus pandemic.

Gulyás contrasted the 7 percent contraction of the economy in 2009 with this year’s 7 percent economic growth, pointing out that the left doubled the price of electricity and tripled the price of gas over eight years, while the incumbent government reduced utility prices by 20 percent over the past decade.

He noted that the government had granted citizenship to more than one million Hungarians who are part of a unified Hungarian nation.

The ten years before the outbreak of the pandemic was the most successful decade in the past century, and Fidesz is still the only hope for Hungary at the moment, Gulyás said.

Read alsoFidesz MEP: “Brussels and the Hungarian left want to take our freedom”