Police must rein in unnecessary and excessive force used against protesters 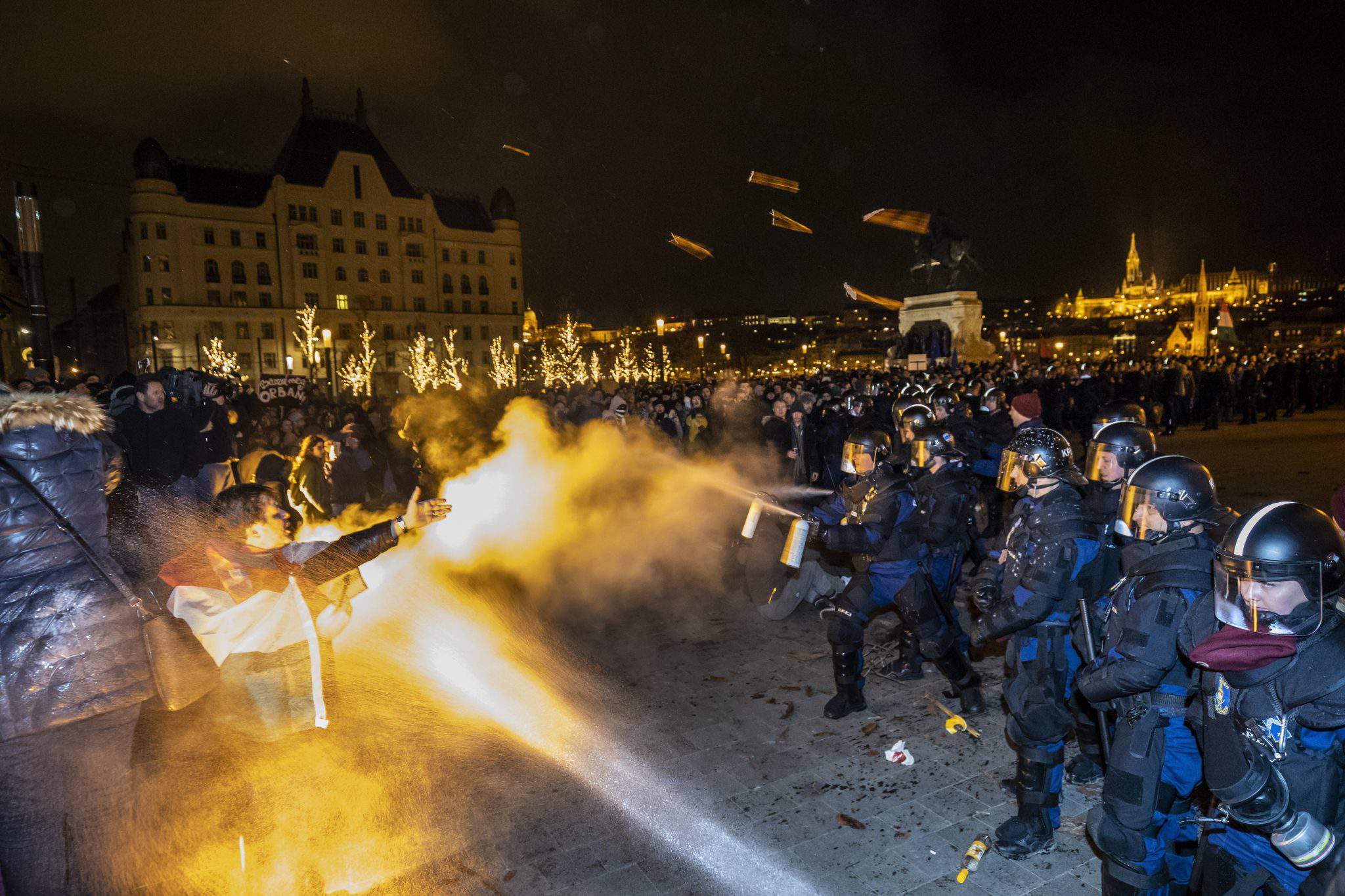 The police must rein in unnecessary and excessive force, including the use of tear gas, against peaceful protesters, Amnesty International said today ahead of further demonstrations planned tonight in Budapest.

“Demonstrators are expected to descend onto Budapest’s streets tonight for a sixth night of anti-government protests. Last night we witnessed displays of unnecessary and excessive force against peaceful protesters that included the use of tear gas. This must not be repeated again.

The police must use force only when strictly necessary and only when all other means to contain the violence have failed,” said Massimo Moratti, Deputy Director for Europe at Amnesty International.

“This morning’s forcible removal of two opposition MPs from the Hungarian public broadcaster’s (MTVA) building reveals the determination of Hungarian authorities to continue their crackdown on any form of dissent. This is in violation of Hungarian law, which gives MPs parliamentary immunity and access to all public institutions and contravenes Hungary’s international obligations to respect the right to freedom of expression.”

The law forces civil society organizations considered to be supporting migration to pay a 25% tax on any foreign funding.

Thousands of people have taken to streets since Wednesday 12 December when the Hungarian parliament adopted what protesters are calling a ‘Slave law’, which allows employers to request workers to work up to 400 hours of overtime a year. Employers could delay these overtime payments for up to three years.

On the same day, the parliament adopted a new piece of legislation which created a new administrative court system that would be under control of the Minister of Justice, rather than operate as an independent judicial institution, as is the norm elsewhere in Europe.

In addition to their call to repeal the “Slave Law”, protesters issued a series of other demands including an independent judiciary and independent public media.