Hungary could become a country which stands on its own feet, joining the ranks of proud and successful nations, Prime Minister Viktor Orban said at a commemoration of the March 15 national holiday in Budapest today.

He said the country was at the threshold of a new era, which could make it free and strong. It could stop the demographic decline of the Hungarian population, stop being pickpocketed by others and provide jobs and opportunities for everyone, he said.

Marking the 166th anniversary of the start of an anti-Habsburg revolution, Orban addressed commemorators in the park of the National Museum, one of the sites where the uprising had broken out.

Orban said that the freedom fight of 1848-49 had allowed the extraordinary capabilities of the Hungarian nation to shine through and the holiday has been “adored” by Hungarians ever since. 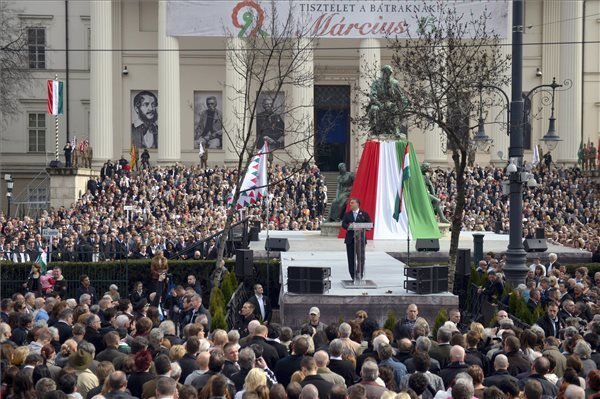 Hungarians have always wanted to be masters of their own destiny and a Hungarian hero is one who triumphs over fate, Orban said. That fate had been Habsburg rule in 1848, stationing Soviet troops in 1990, and a permanent place on the dunce’s seat in Europe in 2010, he said.

Orban said Hungary has been able to improve its performance over the past four years due to the unity of Hungarians.

“Hungary is the most unified country in Europe today,” he said.

He noted the government’s measures since 2010, which he said had protected families from usury, monopolies, cartels and “bureaucrats of an empire”. He added that jobs had been protected and new ones created by the hundreds of thousands while the debt trap was defeated. He said the government’s moves to reduce household utility bills had been attempts to reduce “the most unfair of burdens”, in a similar way that the 1848 revolution had made this a priority.

Orban greeted Polish visitors to the event and ended his speech with the remarks: “Long live Hungarian freedom, long live our country!”. The speech was subtitled on giant screens in Polish. 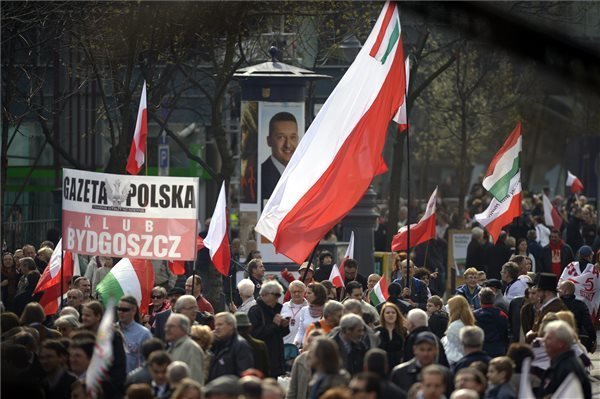