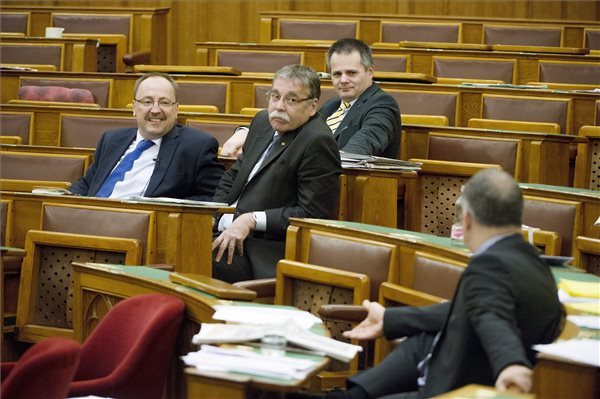 Budapest (MTI) – Ruling party Fidesz maintained its strong lead in March with 29 percent of all voters behind it while radical nationalist Jobbik had the backing of 16 percent, according to the Nezopont Institute.

The Socialists registered 7 percent among all voters, while the Democratic Coalition was favoured by 6 percent. Green party LMP had 5 percent while Egyutt and Dialogue for Hungary had 2 and 1 percent respectively.

The proportion of undecideds and people disinclined to vote came to 34 percent.

Among decided voters, Fidesz was preferred by 44 percent, Jobbik by 23 percent, Democratic Coalition by 12 percent and the Socialists by 10 percent. LMP had the backing of 7 percent while the other parties were below the 5 percent threshold for a parliamentary mandate.