Budapest, June 16 (MTI) – This day twenty-five years ago, when Imre Nagy, Hungary’s prime minister during the 1956 revolution, and his fellow martyrs were reburied, raised the hope that the people “forced into the prison of the Communist bloc” had the possibility of freedom, and it marked the end of the dictatorship, President Janos Ader said at a memorial held in Rakoskeresztur cemetery today. 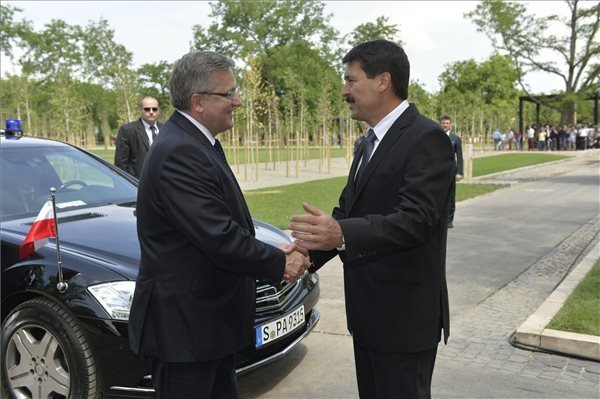 Ader said that for Hungarians this day was the continuation of the democratic traditions of the 1848 revolution and it represented the beacon of hope of the creation of a westernised middle-class, Europeanism and re-won independence.

The national mourning in June 1989 became the starting-point for “the struggle for our freedom, independence, Europeanism and our future,” he said.

Ader recalled that on this day in 1989 millions of Hungarians riveted their attention to Heroes’ Square and history subsequently proved the expectations of “our freedom-loving nation”. This day was a turning point for Hungarians “desirous to free themselves from the stifling embrace of the lies of the Communist system.”

He noted that 25 years ago Hungarians had saluted the martyrs and heroes of the 1956 revolution, Imre Nagy — executed on June 16 1958 — among them. Everyone felt deeply in his soul that an historical turning point had arrived in Hungary, he said. 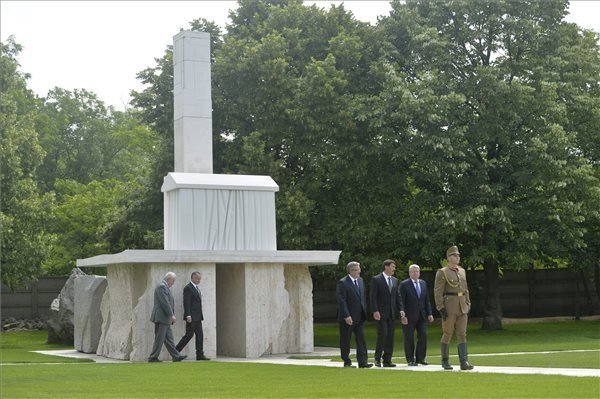 Thirty-three years were needed after the bloody crushing of the revolution in order for “our political nation to openly remember those events,” he said. And 33 years were needed to pass for the first open salute to the heroes and martyrs, and for the murderers to face their victims, Ader added.

The dictatorship’s practitioners of power hoped that from that day they and their crimes would be forgiven by the act of saluting the victims of the Communist regime and the freedom fighters buried in unmarked graves. But an apology, regret and penitence are needed for forgiveness, and this did not happen. So that day could not be about forgiveness, Ader said.

That day also meant suffering over the past as well as the undimmed common hope of Hungarians. This was the same hope as the hope felt by the East Germans, Slovaks, Czechs, Poles, Romanians, Bulgarians and other nations “forced into the prison of the Communist bloc,” he added. This hope represented the possibility of freedom and the end of dictatorship, Ader said.

He added that it was on June 16, 1989 when “we openly said for the first time after 33 years that the Russian troops must leave Hungary.” It was the first day when the demand for free elections marking the end of the Communist dictatorship was publicly announced, he said.

The desire for freedom and independence inspired other nations of central and eastern Europe to take action in a chain reaction, bringing about the collapse of the Soviet empire. June 16 was a milestone in this process because the powers of dictatorship were forced to gradually back off after this day.

This period was marked by such events in Hungary as the opening of Hungarian-Austrian border to tens of thousands of East Germans. The support expressed for the revolution in Timisoara in Romania and the solidarity with the Velvet Revolution in Prague also belonged to this process, he added.

The freedom movements of central and eastern Europe took encouragement from each other’s successes and from the dismantling of the Iron Curtain in Hungary there was a straight road to the dismantling of the Berlin Wall, he said. As a result, Hungarians have also contributed to the reunification of Germany and June 16 therefore became an integral part of the rebirth of a free Europe at the end of the 20th century, the president said.

The event was attended by the president of Germany as well as the presidents of the Visegrad Group countries.