Hungary and Slovenia are both among the European Union member states with the lowest number of novel coronavirus cases and fatalities relative to their respective population sizes, President János Áder said after talks with his Slovenian counterpart in Budapest on Thursday.

The timely and effective measures introduced in the fight against the novel coronavirus epidemic had a substantial impact in both countries, Áder told a press conference he held jointly with Borut Pahor at the Sándor Palace.

“We discussed the economic impact of the epidemic in the two countries and the steps we intend to take on our own and as members of the EU in order to overcome the harmful effects [of the epidemic] as soon as possible,” the president added.

In response to a question, Áder noted that travel restrictions between the two countries have been lifted completely.

“Life in Hungary has returned to normal; people aren’t afraid, and they’re making use of services as they did before the crisis,” Áder said. 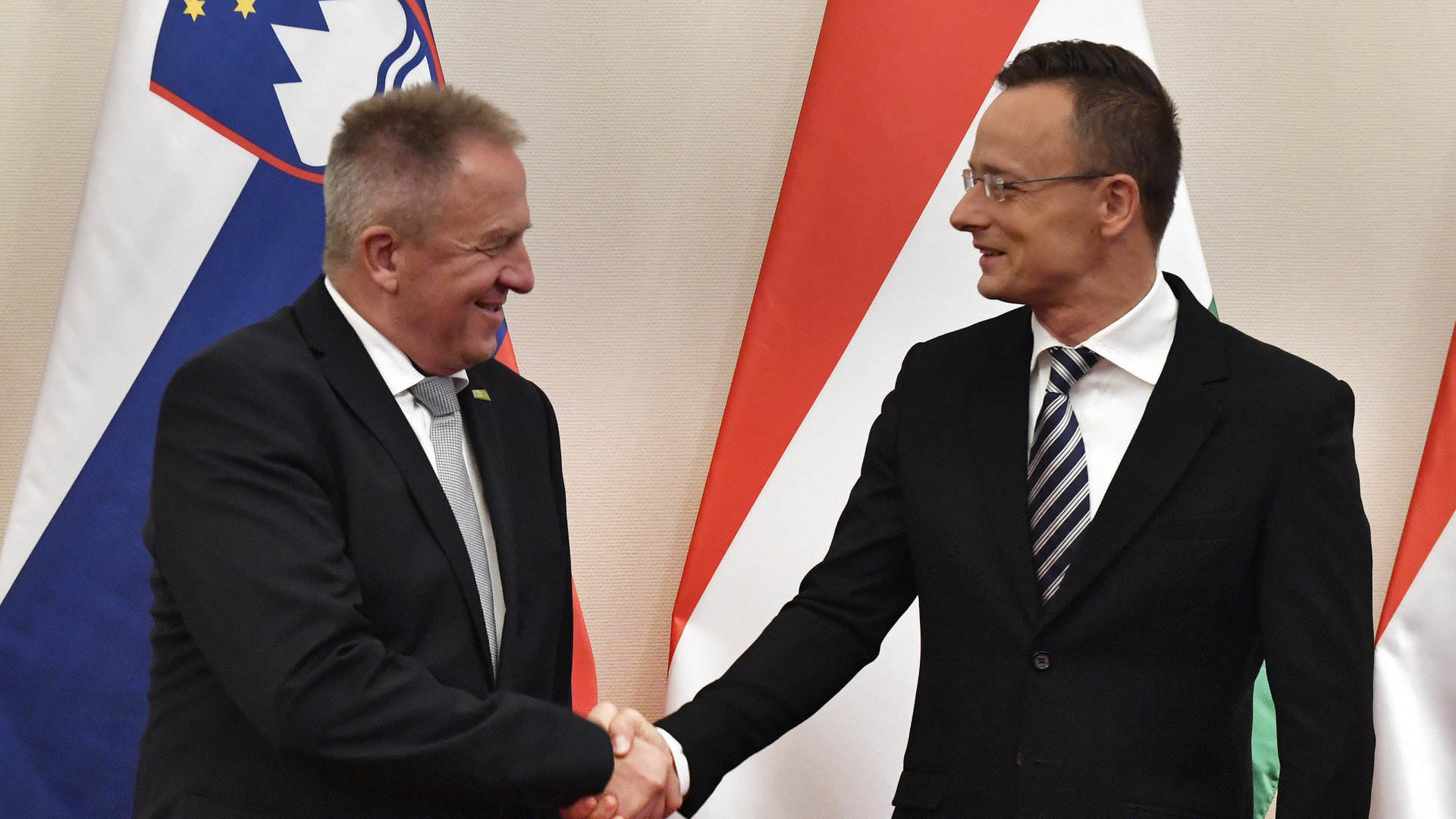 “We were also in agreement that protecting Europe’s external borders is of key importance, as is stopping illegal migration,” he said.

The two leaders described both their personal relationship and ties between their two countries as “very good”. Talks touched on continuing bilateral cooperation on regional economic development and improving infrastructure links between their border regions, they said.

“We’re committed to preserving our natural assets,” Áder said. “We are close to the completion of a biosphere reserve along the Drava, Mura and Danube rivers,” he said, noting that the project had been initiated by Hungary and Croatia, and was later joined by Austria, Slovenia and Serbia. The countries involved hope to advance the procedure of having the reserve recognised by UNESCO, the United Nations’ cultural body.

Áder said he and Pahor had also discussed the Trianon Peace Treaty under which Hungary lost two-thirds of its territory to neighbouring countries after the first world war. The president underscored that Hungary had always complied with every international treaty and would continue to do so.

He highlighted education, the support of businesses and infrastructure development as key areas of cooperation between Hungary and Slovenia.

“The regional economic development model launched ten years ago in the Raba region has been successful,” Áder said, adding that expanding the scheme was in Hungary and Slovenia’s shared interest. Support for the Slovenian minority in the region has quadrupled over the past ten years, he said.

Pahor said Slovenia was “proud” of having “successfully and swiftly” handled the crisis situation resulting from the novel coronavirus, adding that his country offered a safe and welcoming destination for Hungarian tourists.

Pahor told the joint press conference that he understood there was an impending second wave of the virus. “But we hope to have a more sensitive approach to the issue, and understanding that the crisis is not yet over may contribute to the success of handling a second wave,” he added.