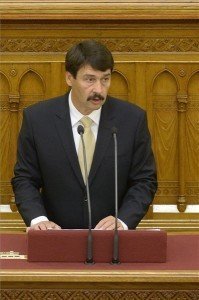 Addressing the session shortly after 10am, Ader greeted the 199 lawmakers and the representatives of the 13 national minorities.

The result of the April 6 general election must make everyone aware that the Hungarian nation considers the “lengthy process of regime change as completed”, Ader said in his address.

Hungarians sought freedom and welfare after the democratic transition, but these two hopes had not been equally fulfilled, he said.

“While our hope for freedom has been step by step fulfilled, the possibility of decent well-being has not yet been ensured equally to everyone,” the president said, and called it a major task of the next period to enhance a western-style development of the middle-class in Hungary.

Ader said that voters on April 6 sent the clear message to Hungary’s new parliament that they consider the “barren political debates of the past as closed.”

He said there was no point in engaging in barren debates about whether Hungary as a modern, 21st-century free state associates itself with past dictatorships and with their inhuman and unforgiveable crimes, because the answer is clearly “no,” Ader said. However, the painful heritage of the national-socialist regime called “fascism” and the communist regime called “socialism” that “claimed the lives of hundreds of thousands of Hungarians and crippled the lives of millions” cannot be erased from Hungary’s history, he added. 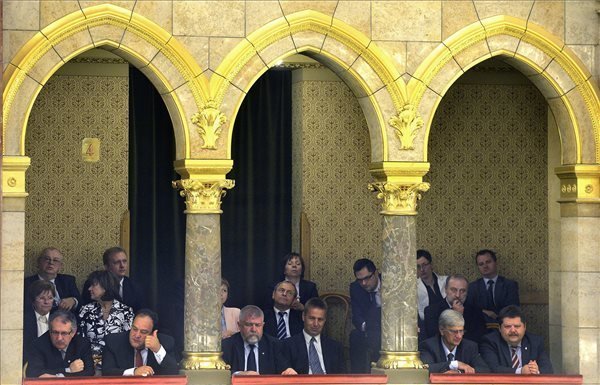 We Hungarians today have only one thing to do in connection with this, to choose the only decent option, and stand, in spirit, altogether, on the side of the victims, Ader said.

He said the vote last month was the seventh free election in post-transition Hungary, but the first one when Hungarians beyond the borders had the possibility “to express their will to belong to our political nation.” This is also the first parliament where the deputies take their oath on the country’s new constitution, where the number of deputies is lower, at 199, and in which Hungary’s 13 minorities will also be represented.

The president said that the National Election Committee last week declared the results of the April 6 ballot as final and the Constitutional Court also passed rulings on submissions regarding the election laws.

Based on these two, nobody can question the transparency of the election, the constitutionality of Hungary’s election system and the legitimacy of the new government, Ader said.