Budapest (MTI) – Program series about the celebration of the 100 year-old Hungarian bus transportation has opened on Heroes’ Square. After the event, a convoy consisting eleven different buses went through the route of the first line from 1915, and after that a memorial plaque was placed at the Bajcsy-Zsilinszky stop of the 105 bus.

On Heroes’ Square, Balazs Szeneczey Deputy Mayor responsible for urban development called autobus industry the most important element of the Budapest public transport at his press conference, which was held in front of the eleven buses representing the different eras of the metropolitan bus service started on March 1st 1915.

He highlighted that more than 40% of the public transport users get on the more than 1300 buses operating on 277 services every day, MTI said.

Speaking of the state of the buses, he said: drivers sat in coats in the old Ikarus buses 4-5 years ago and some vehicles had to been run all night in order to be able to start in the morning. In contrast, there are 550 hardly-used or new buses bought in recent years, and by 2018, all members of the fleet will be low-floor vehicles – Balazs Szeneczey stressed.

He cited the example of the 28 hybrid buses, which will be operate in the next months and they can achieve a more than 35%-reduction of emission. In addition, an electric-powered fleet’s entry of the service is also planned; they will operate in the Castle and on the Margitsziget – he said.

The Deputy Mayor has summarized: they hope that on the 125th anniversary of the start of the metropolitan bus service the 2010’s will be remembered as “at long last bus transport became competitive in Budapest”.

He continued: we can say that BKV is not a swear word like in between 2006 and 2010 but a prosperous company which was not dependent on loans in recent years. I think BKV can become competitive in every aspect, if we have resources to buy more modern buses in the framework of leasing – he added.

According to MTI, Tibor Bolla, CEO of BKV Zrt. said: for them, these hundred years are not just a date, but a development story. As he said, even though there was bus transport in the capital before 1915, the first state-organized, on schedule every 15 minutes operating bus started this time, and the vehicles could be hailed. While in 1930, 1000 people were employed in the bus industry, in 1968, at the founding of BKV, this number was 9000 – he added.

Speaking about the present of the sector, Tibor Bolla said: they are proud that last year, after years, a new and even Hungarian vehicle services, the Ikarus 127. The buses were bought by parts and constructed by the works of the BKV, it also shows that both in the Hungarian industry and in the BKV, there is the potential to produce new buses – he stressed.

The CEO mentioned the program celebrating the centenary under the patronage of the Mayor Istvan Tarlós. According to him, a bus garage would be opened to the public in every second month, for the first time, the Kelenfold garage will be available on 26th April. A drawing competition will also be launched for children, but there will be other events, nostalgia threads and toys during the year – he emphasized. 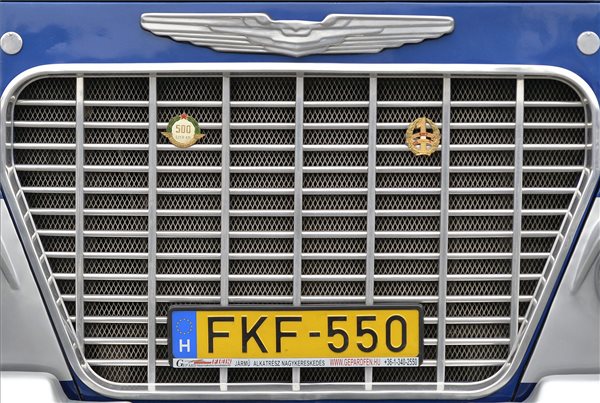 After the press conference, the visitors could get on the eleven exhibited buses, which went through the route of the first bus line launched in 1915, from Andrassy Road to Bajcsy-Zsilinszky Road. After that, the participants placed a memorial plaque in honor of the centenary at the Bajcsy-Zsilinszky Road stop.