According to a Stockholm-based report that rates democracies around the world, Hungary is one of the worst ‘backsliding’ countries. In recent years, the country’s development has been worrisome in terms of its democracy.

The recent report of the International IDEA   (International Institute for Democracy and Electoral Assistance) reports that, among a few other states, Hungary is one of the worse ‘backsliding’ countries in Europe. This year; however, the United States has been also mentioned for Trump’s actions to undermine people’s believes regarding the electoral system as well as for his Capitol Building riot earlier this year.

According to Telex, the organisation examined the Hungarian government’s actions between 2020 and 2021. According to the findings of the International IDEA,

more than one fourth of the overall population of the world is living in countries where democratic ‘backsliding’ can be observed.

This means a continuous quality decrease when it comes to democracy. Democratic ‘backsliding’ can be present in many different forms; it can be caused by government decrees that incite discrimination against sexual or racial minorities or the politicisation of religion, for instance. The latter is increasingly present in India, while, according to the report, the former is a serious threat to the Hungarian democracy due to the government’s recent ‘homophobic’ child protection law.

The report says: “In 2021, the Hungarian government has passed a law that banned homosexuality to be mentioned during the course of sexual education in schools and it caused outrage in the EU and among LGBTQIA+ rights activists.” However, similar tendencies can also be observed in Poland and Turkey.

Orbán cabinet: Talks between Hungary and the European Union are going well on the EU’s budget

The report also mentioned that “the pandemic has emboldened several governments to double down on popular expression and push for more direct control.

Hungary is a good example for this tendency, as the country’s government passed several ordinances that limited citizens’ rights and gave more power to Viktor Orbán’s government”.

International IDEA also added that this process has been going on for a long time in the case of the Hungarian democracy but – just as with many other countries – the onset of the pandemic made ‘backsliding’ more acute.

Although Hungary had a relatively good score on Clean Elections – despite its previous decline in 2015 – it had a poorer performance in Civil Liberties, the report says. 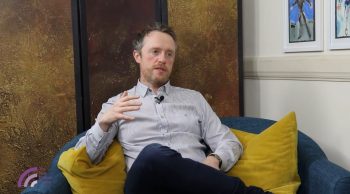 Read alsoEd West in Budapest: most Brits sympathise with the Hungarian government