The secrets of “the Trevi Fountain of Budapest”, the Matthias Fountain

The Matthias Fountain, located in the court of the Buda Castle, is Budapest’s most beautiful and most popular water sculpture. Index shares an interesting bit of history of the creation of Alajos Hauszmann and Alajos Stróbl, depicting King Matthias Corvinus in the midst of hunting.

There are a lot of interesting stories regarding this sculpture grouping, such as: 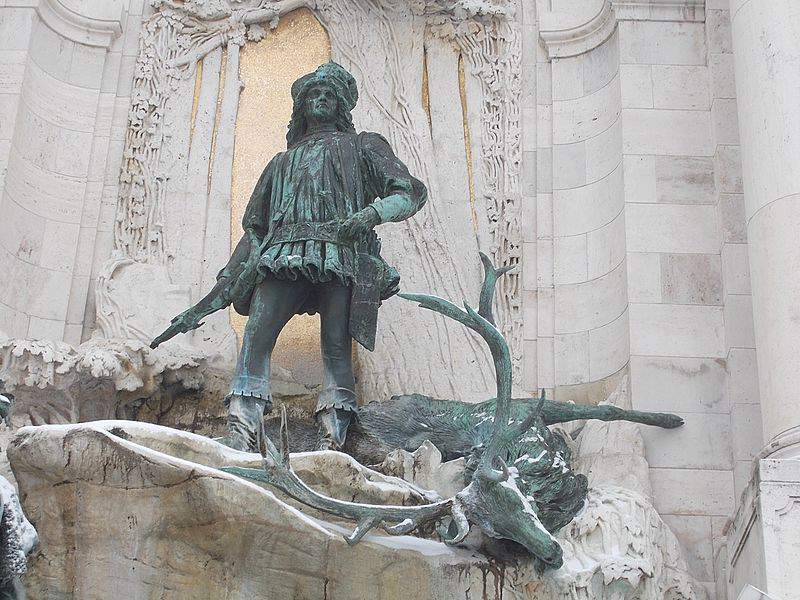 A new exhibition opens in Szentendre, called Ezüstkor (Silver Age) at the Barcsay Museum, presenting Szentendre from 1867 until 1921. This is the period when the other creator, Hauszmann, lived there, residing at the Annavölgy estate near Szentendre for 32 years.

While he lived in Szentendre, he was exerting his rights of hunting at the forests nearby, giving the proud flesh to the city’s poor.

The stag’s antlers were modelled after one of the prey’s, though it was not one of Hauszmann’s catches.

The stag was confiscated from a poacher who shot the animal near Szentendre, this is how Hauszmann got his hands on it, who later gave it to Stróbl. Finally, it ended up in bronze at the Buda Castle, and today thousands are amazed by it on a daily basis.