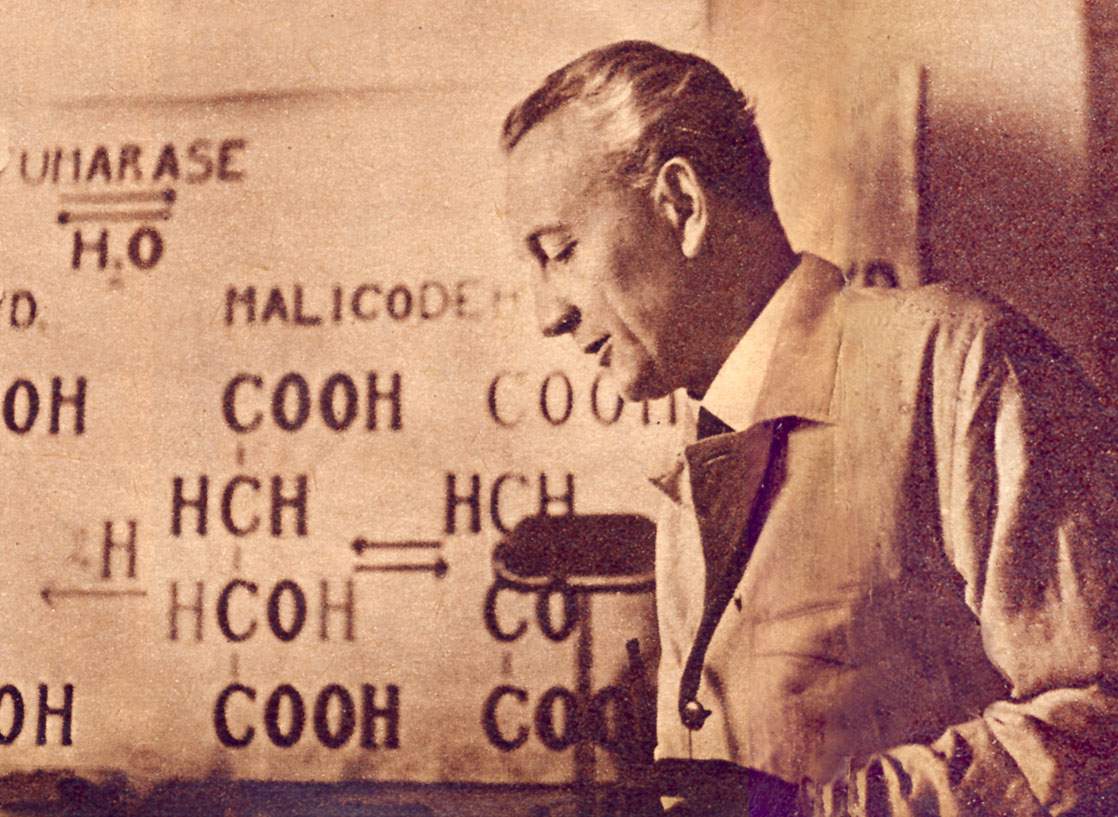 Albert Szent-Györgyi is a worldwide known scientist who discovered vitamin C. He had an adventurous life, and there are many legends connected to him. What do you think encouraged him to make his big discovery? Magyarországkúl‘s article will help you figure it out!

Was he a mastermind as a child?

Legend: People around him noticed how talented he was at an early age.

Truth: Szent-Györgyi was believed to be a slow-minded child. Because his family thought that talents could be noticed at an early age, they were worried that his abilities are below the average. As he said, he was seen as stupid at home. In middle school, he was one of the bad students. His parents even hired a private teacher so that he wouldn’t fail.

He was going to become a proctologist

Legend: Albert Szent-Györgyi wanted to become a proctologist because he found illnesses in the rectum interesting.

Truth: Already as a fifteen-year-old did he know that he wanted to become a scientist. After a while, his uncle, who was a known histologist, supported him as well. He didn’t think the little Albert could achieve anything, but as he was suffering from haemorrhoid, he let Albert deal with his problem. This is how Albert wrote his thesis about the rectum’s structure. He even made jokes about starting his career “on the wrong side”. However, he never became a proctologist. 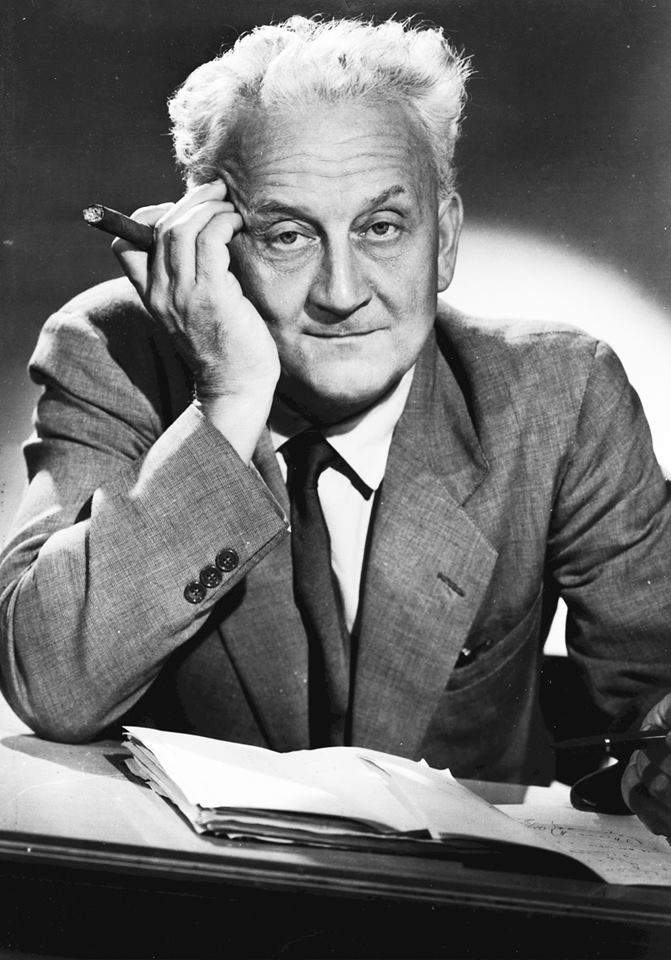 He had an alibi to disarm from the military

Legend: He shot himself so that he can go home from the frontline during the war.

Truth: He was enlisted during World War I, and after about two years he decided that there was no point in staying in the frontline. He believed that no deaths were heroic, so he shot himself in the upper arm bone. Back home he continued his research.

His wife got on his nerves

Legend: His wife packed paprika sandwiches for him many times even though they were always arguing about the fact that he didn’t like paprika. His wife insisted on packing paprika because she believed it was healthy. Therefore, Szent-Györgyi examined the vegetable to prove his wife wrong, but he didn’t manage to.

Truth: The legend is true. Notably, vitamin C was known that time but just in very small proportions. Szent-Györgyi managed to extract it from the adrenal grand, but he managed to analyse it just when he discovered it in the paprika, at the University of Szeged. This was when he succeeded in appointing the exact chemical formula and rapid producing method. 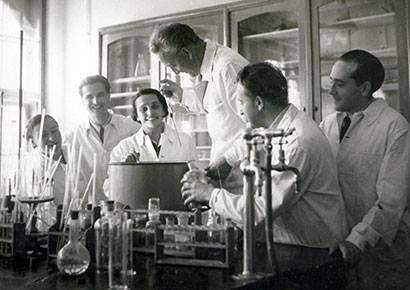 Legend: Due to his excellent English knowledge, he got into trouble many times during the war.

Truth: His English knowledge was excellent, indeed, what is more, he had good relations in the Anglo-Saxon world. Therefore, he travelled to Istambul during World War II to use his relationships to make Hungary’s situation better. However, the German secret service discovered his plans, so he was hiding in the Swedish Embassy under the Swedish name, Mr Swenson.

Legend: He loved motorcycling so much that ones he arrived at a city hall celebration by motorbike, and he changed his clothes to his suit in the bathroom.

Truth: He loved sports such as horse riding, tennis, swimming, and gliding. He was one of the first candidates in Hungary to learn how to drive the car and the motorbike. He went on trips around Szeged by his Buick with his colleagues frequently. Moreover, he travelled across Europe by his BSA. There is no evidence for the legend mentioned above, but based on his lifestyle, it could be true. Allegedly, he learnt how to surf at the age of 70! 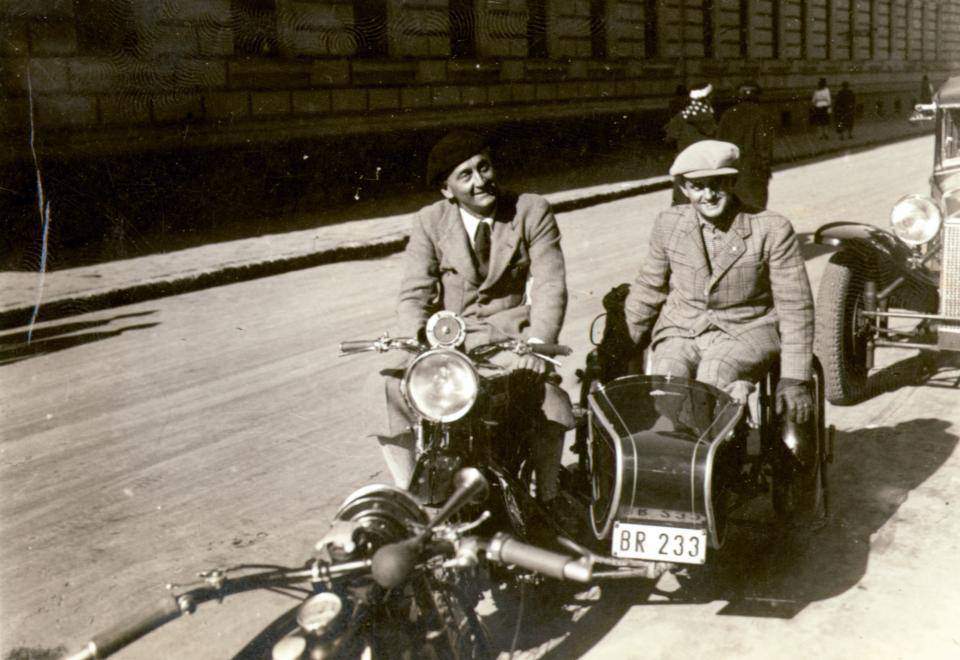 Legend: Szent-Györgyi discovered the cure for cancer, but because he didn’t want to sell it, the American government killed him pretending it to be a car accident.

Truth: It is true that in his late life he realised that the mixture of wheat and vitamin C could destroy cancer in animals, but this legend is nothing more than a widespread conspiracy theory. He died of renal failure at the age of 93.

If you want to read more about vitamin C, click here.