According to Forbes.hu, Hungarians develop together with their real estate market: as the market is expanding, we tend to take out better loans with fixed interests. Nonetheless, it is still worth it to take a good look at our possibilities, because even among long-term loans the difference between monthly instalments can be over ten thousand forints.

The Hungarian real estate market had a strong first half-year: banks have made housing loan deals worth 400 billion Forints in these first six months. BankRáció.hu considers this to be a 36 percent growth, based on official central bank and their own data. According to their analysis, this rise is due to several factors, such as an increase in wages, the national housing subsidy system and the demand for apartments – both used and new, although at the moment the former seems to outweigh the latter.

BankRáció.hu also calculated that among the new housing loans there is a growing ratio of those loans that are more predictable in the long run, guaranteeing fixed instalments for more than a year. Therefore, of course, the amount of riskier loans with changing interest is decreasing.

– in this month, only every sixth person took out a loan with changing interests. 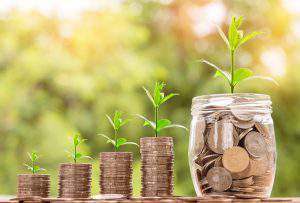 Similarly, the ratio of loans with at least one year fixed interests is growing. They accounted for 78 percent of the 400 billion Forints valued market. However, we must differentiate between the fixed instalment loans as well. Some options promise fixed interests for 1-5 or 5-10 years, but the safest choice is a loan with fixed instalments for at least 10 years or even for the whole term. These are safer as they ensure an equal amount of monthly expense no matter the changes in interests, and in the current economic environment, it is quite possible that the housing loan interests will grow again.

Watch out for the differences

Concerning the total sum of the loans, there are great territorial differences, depending on the real estate prices at the given location. For example in the southern parts of Budapest, the average loan is close to 15 million Forints. Or in Debrecen, the building of the BMW factory will also lead to rising prices.

Nonetheless, even with fixed instalments for more than 10 years, it is worth it to browse the market before you take out a loan.

At the beginning of August, BankRació.hu reported, 10-million-forint loans for 20 years with fixed instalments for the whole term had huge differences. The cheapest offered a monthly payment of 66-67 thousand Forints while the most expensive was over 85 thousand Forints, which adds up to an additional 4.5 million Forints at the total sum of repayable money.