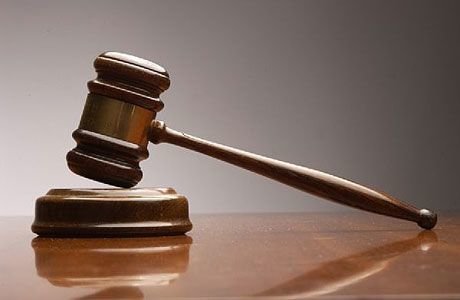 (MTI) – The European Court of Human Rights on Tuesday ruled in favour of the former President of the Supreme Court, Andras Baka, declaring that the Hungarian authorities had wrongly terminated his mandate before it had expired, thereby violating his basic human rights.

Government spokesman Andras Giro-Szasz said that the government would assess the Strasbourg ruling and make a decision – if necessary.

In line with the concurring opinion of one of the judges attached to Tuesday’s statement, the court concluded that the “early termination of the applicant’s mandate as President of the Supreme Court was a reaction against his criticism and publicly expressed views on judicial reforms and thereby constituted an interference with the exercise of his right to freedom of expression”.

Justice Minister Tibor Navracsics told parliament at the time that Baka was not eligible to be president of the Kuria, a new body replacing the Supreme Court on Jan. 1, as he failed to meet the legal criterion of having served as a judge in Hungary for five years.

Baka was member of the Strasbourg-based European Court of Human Rights from 1991 to 2008. He was nominated for Chief Justice by then President Laszlo Solyom in April 2008. Parliament elected him in a third round of voting in June, 2009.

Under a cardinal law the head of the Kuria is to be nominated by the president of the republic from among judges with at least five years of experience in Hungary, and elected by two thirds of MPs for a nine-year term.

The court also noted that in April 2010 the ruling Fidesz-led alliance obtained a two-thirds parliamentary majority “and undertook a programme of comprehensive constitutional reform. Thereafter, the applicant spoke up several times in order to express his views on the integrity and independence of the judiciary.”

The Kuria told MTI that the body did not have to do anything in connection with the ruling.

In a statement, the Kuria’s press office noted that the European ruling would become effective in three months unless any of the parties appealed to the Grand Chamber of the Strasbourg court, and added that any possible steps concerning the final decision would be up to the Hungarian government.

The green LMP party said that it considered the decision as “moral compensation” but added that it was “not sufficient to heal wounds in legal security”. In a statement, the party’s group said that the ruling majority should “once and for all stop subordinating constitutional institutions to its own purposes”. LMP also urged that Baka should be restored to his former position.

E-PM called on the government to make amends to Baka, and offer compensation. The party also said that the operations of the “Orban-regime” and the “single-party constitution” were against the spirit of European democracies and were not serving national interests.

The leftist Democratic Coalition said the ruling supported their concerns that “governing Fidesz launches attack after attack on an independent judiciary”.