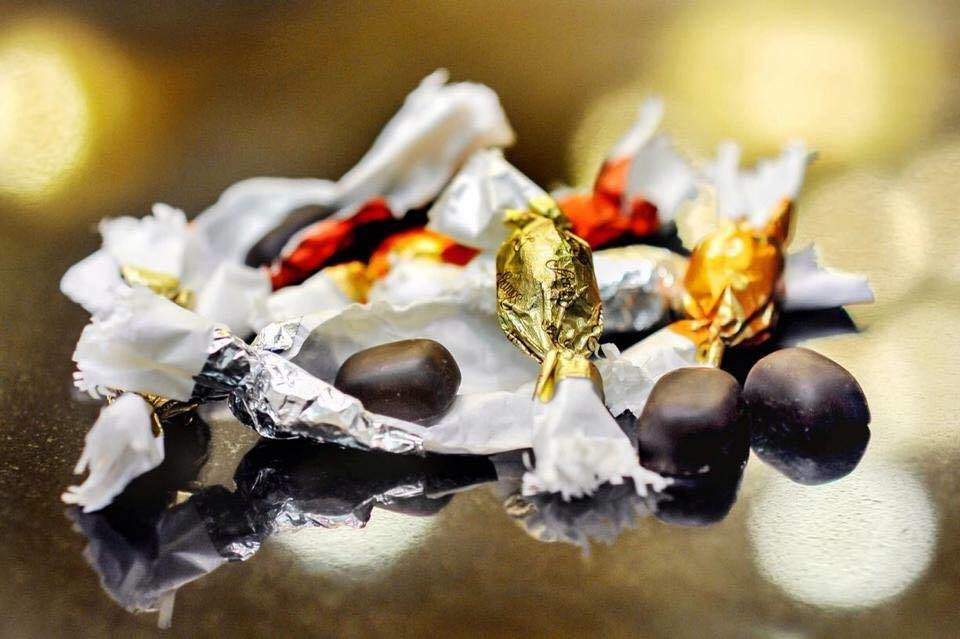 There is a special Christmas-bonbon which can’t be missing from the Hungarian Christmas trees. We call it “szaloncukor”, and like to think of it as a Hungaricum, because it only spread in a few countries of the world. Hungarian chocolate factories dazzle us with the most unique masterpieces every year, which are very hard to resist as they taste and look amazing. This is the story of the beloved szaloncukor.

According to hunbisco.hu, it was Baron Frigyes Podmaniczky who wrote in his memoir that one of his aunts, an Austrian woman was the first to mount a Christmas tree in Hungary, in 1825. In the beginning, they hung fruits, dried specialties, gingerbread and decorations cut out of paper, on the tree. The trend of szaloncukor only spread in the end of the 1800s, hand in hand with the custom of decorating the tree.

The name of the Christmas bonbon comes from the German “salonzuckerl”, so it’s not surprising that, for instance, the famous Hungarian writer, Mór Jókai called it “szalonczukkedli”. At first, people wrapped simple candies, chocolate balls into silk-paper and then tinfoil. You can check out colourful versions of this initial method of packaging in the Hungarian Museum of Trade and Tourism, along with a special machine that was used to fringe the silk-paper.

Even though szaloncukor only appeared in Hungary in the middle of the 19th century, Géza Kugler already wrote down 17 different recipes in his book titled “Newest home confectionery” in 1891.

The new dessert also got to Transylvania and Upper Hungary, where it was cherished very much. Some people eve choose to not eat it, and kept it for years and years, while others only kept its paper and used it to wrap their homemade szaloncukor in the next year. 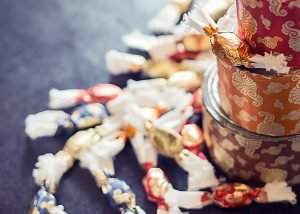 The mass production in the candy and chocolate factories started after the turn of the century, because the consumers were quickly convinced by the high quality, the nice packaging, the diverse variety and the more affordable prices, compared to artisan products. During the impoverishment of the world wars the mass manufacturing declined. Families started making their own decorations and szaloncukor. But then, the greatest age of the Hungarian Christmas chocolate came in the 1950s, however, the variety were unified, just like many things at the time. The classical types are still present since the change of regime.

Today, the szaloncukor is unmissable when it comes to Hungarian Christmas traditions. It is one of the main decorations on the Christmas trees and it is also a great present. This Christmas fondant is so unique, that we like to think of szaloncukor as a Hungaricum. Not to mention that legendary Hungarian chocolate factories dazzle us with the most incredible flavours every year. There is really no limit when it comes to varieties. Companies also pay attention to diabetics and have alternative options, as well. We’d like to highlight 5 Hungarian manufactures, whose szaloncukor are simply the best.

Undoubtedly, Szamos probably makes the best and most popular szaloncukor in Hungary. They wrap the delicacies with a 70% Belgian chocolate-coat, one by one, and even the classic fringing is done by hand. Naturally, they make marzipan szaloncukor, which is enriched with different fillings from chocolate, sour cherry to orange or plum cream. It’s a real treat for Christmas, which you should definitely taste. Don’t be surprised if you get a bit addicted 🙂 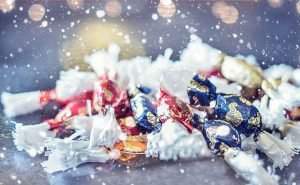 The legendary company’s szaloncukor-creations keep to their classic high standard every year. Their aim is to create exclusive Hungarian products, which satisfies the needs of consumers desiring quality desserts. Frigyes Stühmer realized the importance of chocolate and candy, so he started a business which became an elementary part of Hungarian dessert-production. You can easily get confused by the wide variety of flavours, which range from classic to exotic. Stühmer masterpieces are definitely must-try delicacies.

According to funzine.hu, the company was founded in 1868, and it is one of Hungary’s most famous and historic chocolate factories, which offers the ultimate pleasure when it comes to desserts. They are probably best known for their Nostalgia range when it comes to szaloncukor. The coconut flavoured creation might be a public’s favourite, but you can’t really miss the cushion when picking flavours. They also look great under the tree, due to the nice packaging. 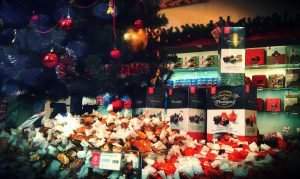 The Szerencsi factory is kind of like Charlie’s chocolate factory for Hungarians. At least for kids, as the visiting of the factory is part of many class trips. Their szaloncukor creations have been decorating Hungarian Christmas trees for a long time. They stick to the classic silk-paper wrapping and a wide variety of flavours, from butterscotch to cognac-sour cherry, and exiting combinations. 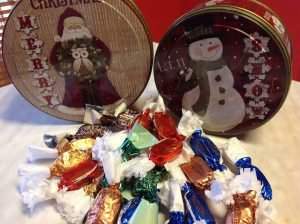 This brand is probably a bit less known, but produces amazing creations nonetheless. As the name suggest, their main profile is marzipan, and their profession of faith is combining tradition and quality, while shaping, flavouring and creating desserts in endless ways. The szaloncukor they manufacture is dominated by marzipan and the size of the desserts are slightly on the bigger side. But there’s nothing wrong with a bigger doze of sweetness in the holiday season 🙂