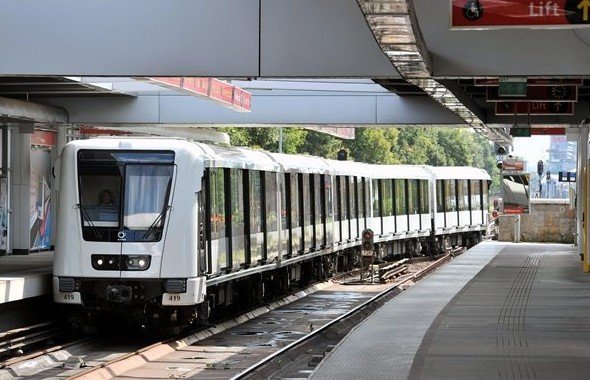 The construction project of metro line M4 has reached its final phase: the period of the so-called White Tests, i.e. test runs on the entire line with the trains without passengers. Until November 2013 Siemens, the manufacturer of the signalling system will carry out continuous testing then from December onwards the future operator, BKV will take over the testing process. Beginning in January 2014, Budapest’s new metro line has to prove to the national transport authority that the trains and each and every part of the complete system are in perfect working order and the line is safe to operate and to be opened to transport passengers.

The delivery-acceptance procedures of M4 stations have also begun. After the Bikás park station has been successfully handed over, DBR Metro Project Directorate will in the upcoming months hand over all stations to BKV Zrt., the Budapest Transport Company, the future operator of the line, in parallel with the completion of the internal fit-out and systems installation works. The completion certification procedures will be underway simultaneously.
One of the most important elements of the project is the newly-started testing period by Siemens since it signifies whether elements supplied by several different manufacturers in different work phases had been fitted together smoothly and safely. Successful testing is one of the preconditions for launching the test operation with passengers foreseen for the end of March 2014. Despite the fact that there will be a train attendant on duty on each train during the testing period with passengers in the first one-one and a half years, eventually on metro line M4 will feature driverless trains. Significant parts of the newly-started tests are also carried out in driverless mode.