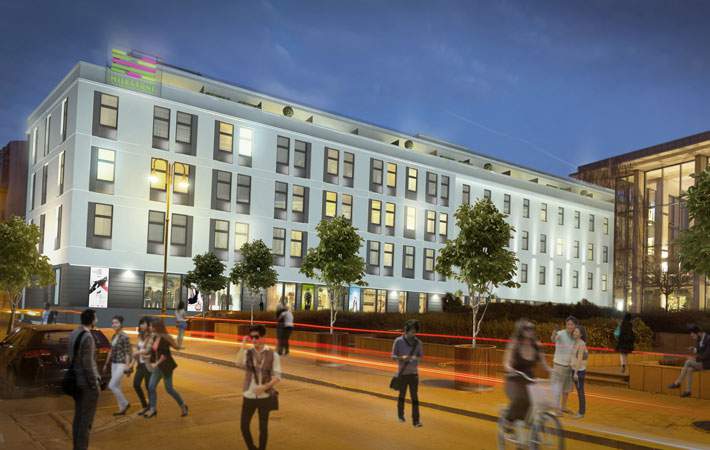 This is the story of how an old building got rescued from demolition. The original structure of the well-known building called Tűzraktár was kept and used to build the most expensive dorm in the capital. The project cost more than 20 million Euros.

Journalist László Bagi wrote an extensive piece about the new luxury dorm, which can be read on Forbes.

During the 2000s, the building functioned as a cultural centre, and now it is a 418-room luxury dorm designed for university students who…well, who can afford it. Interestingly, it does not cost much more than an average apartment in Budapest. The actual work was carried out by Forestay Development and Milestone, who invested roughly 25 million Euros in this project.

The neighbourhood is now also richer with a new boardwalk, which leads the way to the elegant building of the dormitory. The 1300 m2 area has a garden, benches and a newly established café, pub and restaurant. This garden is basically surrounded by the dorm itself, which has 418 rooms altogether.

Within the lobby, one can find all the regular things a student needs: reading lamps, sockets…and a huge (very expensive-looking) piano, in case anyone gets in the mood to play some Chopin. Residents can also come down to the lobby and play some pool if they fancy.

Inside the building, besides the 418 private rooms, there are five study rooms, a terrace (with incredible panorama to the Börzsöny), a laundry room in the basement and a gym.

The cheapest room costs EUR 380 per month, and students are required to sign for 12 months. This is not that expensive if we take into consideration how much apartments cost to rent these days in Budapest.

The biggest and most expensive room costs EUR 700 a month, and it has its own terrace. 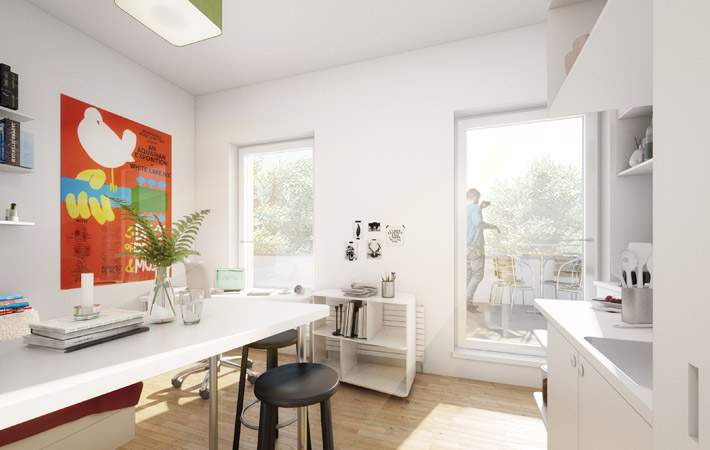 90% of the rooms are for one person only, but there are rooms for couples or siblings as well, who might want to live together. These rooms are about 30m2. 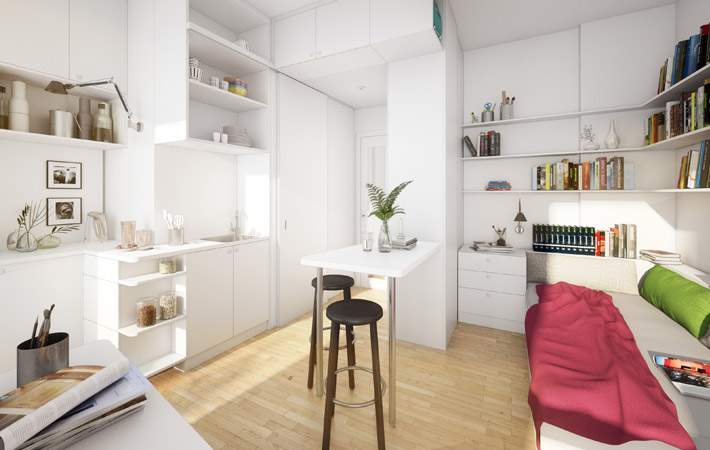 People behind the project told László Bagi that they had studied many dorms abroad (in Germany, Belgium and in the Netherlands) to finally come up with their very own concept. They claim that living in a dorm is only partly about having a place to live, it is also about being part of a community. 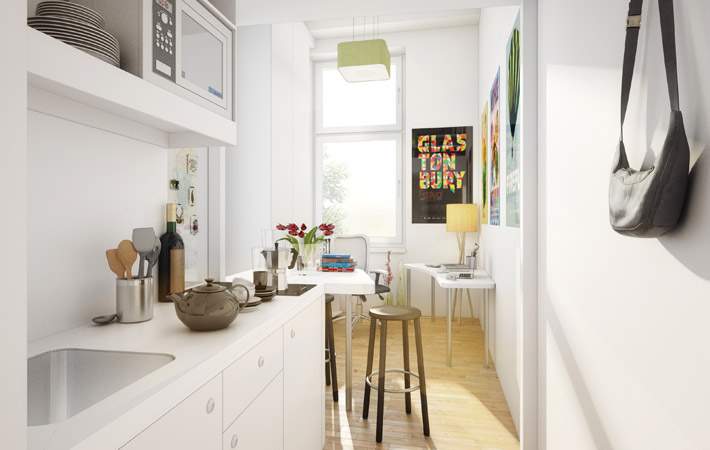