The foundation-stone of Budapest’s first smart mall has been laid! – Photos

According to magyarepitok.hu, the new shopping mall called Etele Mall will have approximately 180 stores and will attract 40 thousand customers every day.

We have reported before that a brand new shopping mall has been dreamt up to be built in the Hungarian capital city. Now it has become a reality. On Wednesday, the foundation-stone of the mall has been laid not far from Kelenföld Railway Station. The project is supervised by the Pedrano Construction Hungary Building Company. The project costs an estimated 100 billion Hungarian Forint (300 million Euros).

The developer group called Futureal recently reported that the mall of 137 thousand square metres is going to be the third biggest one in the Hungarian capital and the first one on the Buda side.

Investors estimate approximately 40 thousand visitors every day. This number is based on the statistics that the end station of metro line four, Kelenföld Railway Station, and the bus station in Kelenföld have 165 thousand passengers every day. It is also a strong factor that Kelenföld is one of the most populated areas in Budapest, with an estimated 235 thousand residents, and has fewer shops than any other part of the capital city.

Gábor Futó, the founder of the Futureal Group, emphasised that their group is working on 30 different projects at the same time, which includes the improvement of estates and buildings on 700 thousand square metres, from 1 billion Euros.

“One of the gems of this project is the new shopping and entertainment centre in Buda” – said the founder.

Etele Mall will have approximately 180 stores. This includes the biggest fashion brands, restaurants, cafes, supermarkets, cinema, gym and several other facilities. The mall will provide 1300 parking spaces for customers arriving with cars. Above the mall’s main entrance, a 30-metre high and 30-metre wide curtain wall will be built. Inside the mall, a 200 square metres LED wall will be established. 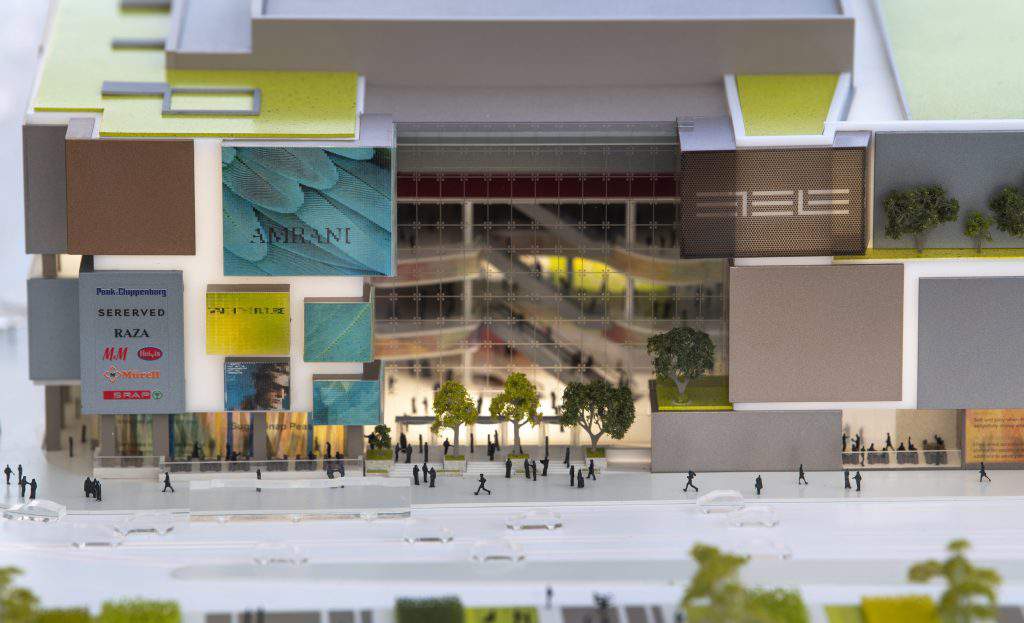 Futureal Group held a press conference on Wednesday where, in a special room with touch screen devices, everyone could explore the whole structure of the mall.

See more pictures in this article.