The history of Christmas fairs and Vörösmarty Square – Photos 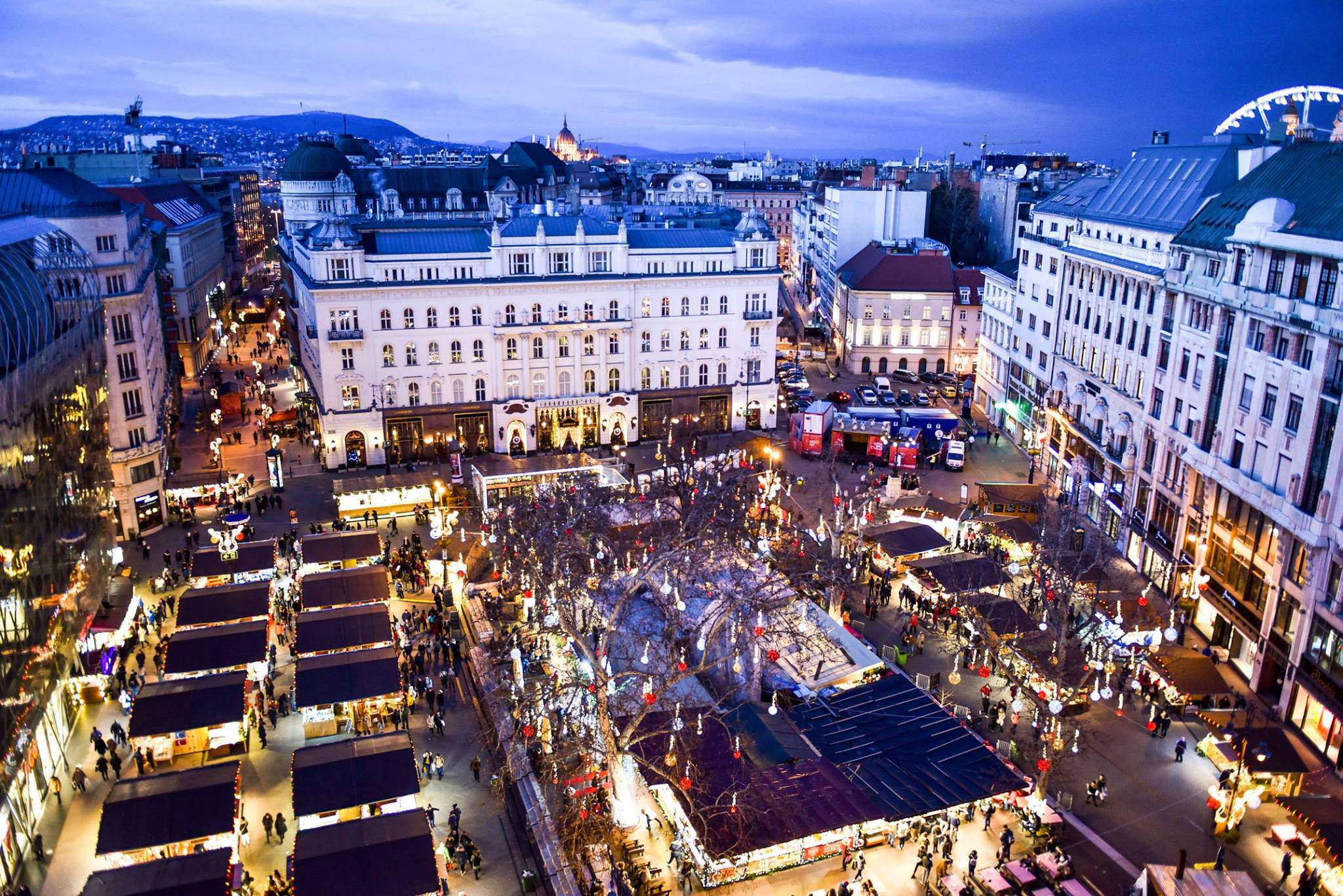 Europe’s most beautiful Christmas fair in Budapest is held at Vörösmarty Square every year since 1998. This unique and spectacular fair attracts approximately 800 thousand tourists from November until the beginning of January. Usually, the quality products (ornaments, traditional Christmas foods, cakes, sweets and drinks) are being displayed and can be purchased at the market from 120 different craftsmen. It is truly a spectacular event. But how much do you know about the origin of Christmas fairs and the history of Budapest’s most famous and beautiful square?

In 1296, Albert I of the Habsburg House gave the opportunity to craftsmen in Vienna to organise a fair in December where they could sell their products to the public. During the 16th century, the name of these fairs became Thomasmartk which was held usually between the period of Christmas and New Year’s Eve. Besides the craftsmen’s products, they also started to sell different kinds of traditional Christmas cakes, sweets and drinks. After 200 years, the name of the fairs changed to Saint Nicholas Fair. The tradition of holding this kind of fairs became permanent at around this time. People really liked these fairs not only because they could enjoy its atmosphere but also because they could buy food during the harsh winter season. The name ‘Christmas Fair’ was coined in the 18th century. In the next decade, the tradition of organising Christmas fairs became known and popular on the entire European continent. 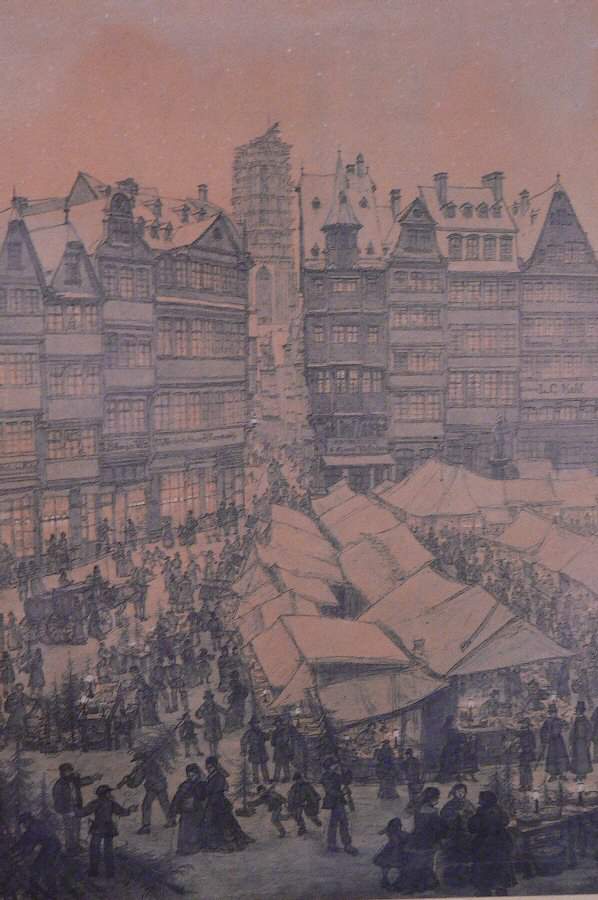 Hungary also took up this habit and started to organise different kinds of Christmas fairs, although it was forbidden during the Socialist era. The most famous one is held every year at Vörösmarty Square since 1998.

Vörösmarty Square is an important part of the Hungarian capital city. It was built in 1812, and its first name was Theatro Piatcza. Theatro comes from the fact that, in the 19th century, there was a theatre on the square. From 1830 on, the square had many different names: Játékszín Square (also a reference to the theatre), Promenade Square, German Theatre Square, Theatre Square and Old Theatre Square. In 1874, the square took up the name Gisella, who was the second daughter of Emperor Franz Joseph, then, in 1918, it briefly became Mihály Károlyi Square, who was a Hungarian president (1918-1919) after World War I.

In 1926, the square got its final name from Mihály Vörösmarty who was a famous Hungarian poet and dramatist. Besides many beautiful poems and dramas, he also wrote Hungary’s second national anthem titled Szózat, and also translated some of Shakespeare’s finest dramas.

The statue of Mihály Vörösmarty in 1908 (Photo: Wikimedia Commons)

At the centre of the square, we can find the statue of Mihály Vörösmarty. Behind the monument, there is a fenced-off park. The square is also famous for its fountain which is surrounded by stone lions. We can also find one of Europe’s most famous and oldest coffeehouses, called Gerbaud, some casinos, the former building of the British Embassy and Hungary’s only Hard Rock Café and possibly a Hard Rock Hotel in the future. The square is also the end station of the continent’s oldest underground line, the Millenium Underground Railway operating since 1896.

Hungary’s most famous Christmas fair at the historical Vörösmarty Square is definitely worth visiting. The atmosphere, the Christmas scents and the square’s beauty are truly amazing, especially with a glass of hot wine punch. This unique event is waiting for you! 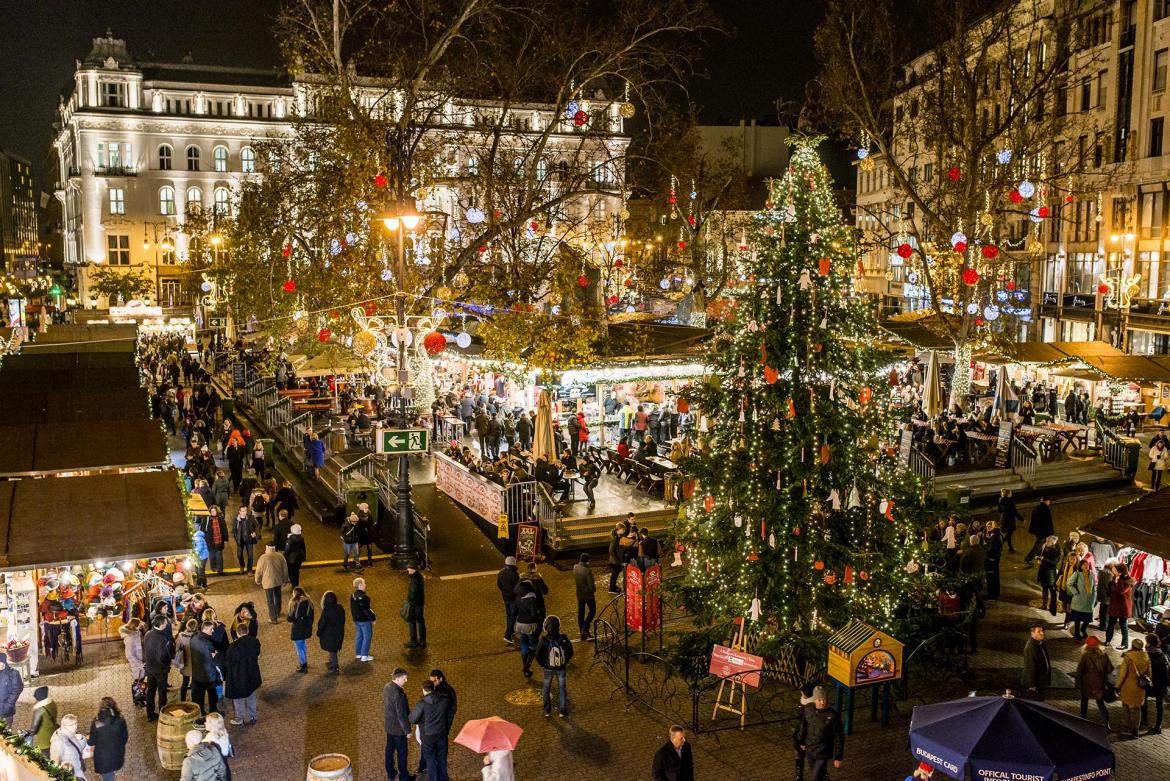