The Hungarian lángos is a great success in Dublin

Some people thought that István Keller and his fiancé bit off more than they could chew, but their idea was actually welcomed very well: szeretlekmagyarorszag.hu writes that they opened a small stall in Dublin to popularize the divine flavours of the Hungarian kitchen. As it turned out, the Irish are very keen on Hungarian food, especially goulash soup and lángos.

István, born in the small Hungarian village of Rakamaz, named their shop Hungry Hungarian, which is probably the first thing that comes to a foreigner’s mind when hearing the word ‘Hungary’. Besides goulash soup and lángos, they make stuffed cabbage, cold fruit and peach soup with ice cream. The most surprising items on their menu might be the fruity-nutella lángos and the onion-sausage lángos. 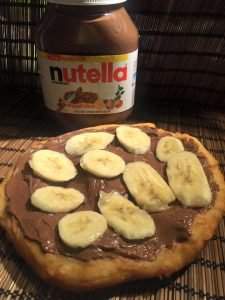 It may be interesting that they don’t have any trouble finding the right ingredients as there are Hungarian shops in Ireland, as well as online shops. And courier mail also goes between the two countries every week. 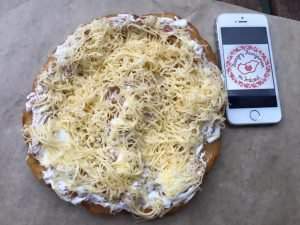 Up till now, Hungry Hungarian’s heyday was when they were given a stall at a big festival in downtown Dublin attracting many visitors, thus they were able to introduce even more people to home flavours. “We want to introduce locals to even more Hungarian food in our own style” said István. 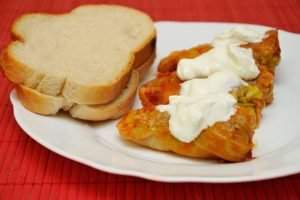 Some reviews about Hungry Hungarian:

“We tried everything. The goulash, lángos and fruit soups were all divine. Keep up the good work!”

“Everything was delicious, but the goulash…I had two portions!”

“Both the lángos and goulash are very tasty. I recommend this place to everyone, go and try it out! I hope they’ll broaden the repertoire. :)”

Related articles about the worldwide success of lángos:

THE HUNGARIAN LÁNGOS IS CONQUERING THE WORLD

LANGOS TRUCK: THE FLAVOR OF HUNGARY ON FOUR WHEELS IN NY

PEOPLE ARE BLOWN AWAY BY THE HUNGARIAN LÁNGOS IN AUSTRALIA